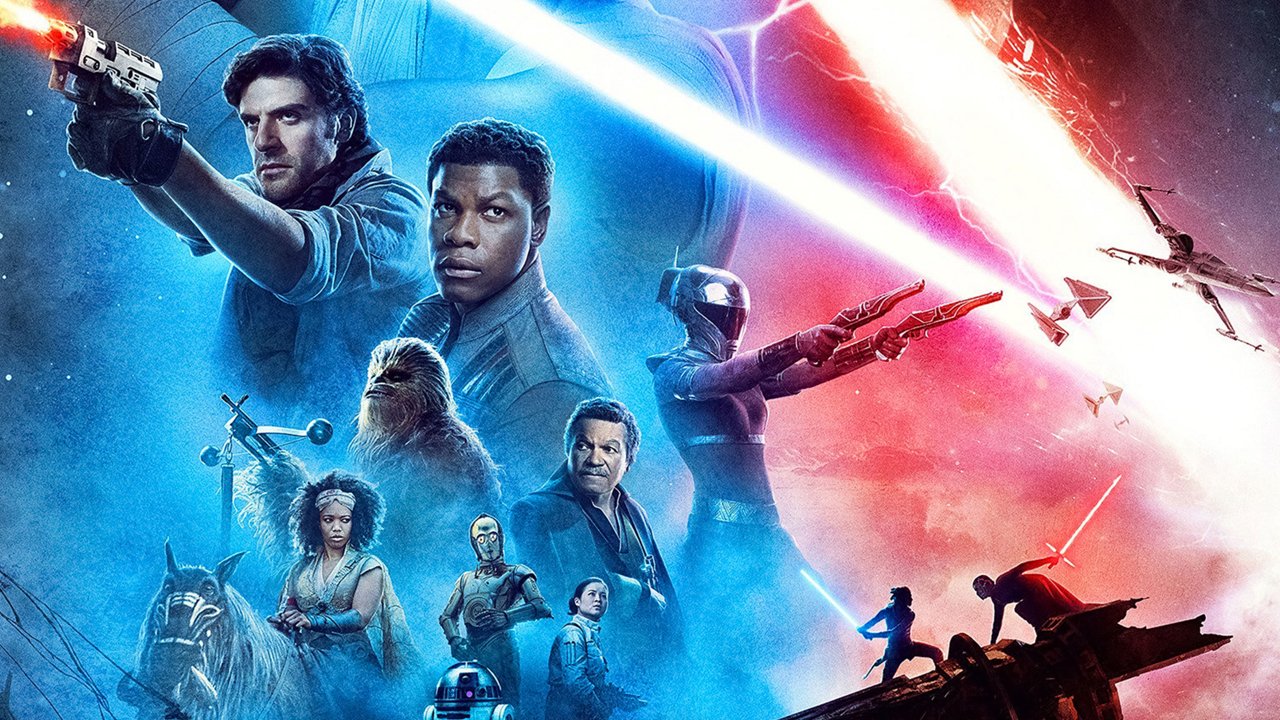 Episode IX closes the newest trilogy and with it, the Skywalker saga. (Disney)

Episode IX closes the newest trilogy and with it, the Skywalker saga.

Star Wars: The Rise of Skywalker is the ninth installment in the main series of Star Wars episodes, and following a divisive Episode VIII, can it unite Star Wars fans again?

Star Wars is one of the few franchises which can be understated to be epic. Spawned in 1977 by George Lucas in inspiration of Flash Gordon, Star Wars far exceeded all and any expectations by grossing $775 million (nearly $1.4 billion if adjusted for domestic inflation), surpassing Jaws to become the highest grossing movie of all time, and since then eight new episodes and two major spinoffs have been released in theaters, creating the highest grossing film series of all time.

Star Wars is a household name, and it defines science fiction for many casual viewers (and even more hardcore sci-fi fans may favor it, though they’ll nitpick the word choice of science fiction over space opera). The signature icons of Star Wars; Lightsabers, the Millennial Falcon, Darth Vader, etc, all are easily envisioned by anyone worldwide thanks to countless toys, comics, TV shows, merchandise, and more (following the release of The Force Awakens, Disney is estimated to have made between $3-5 billion dollars in toys alone). 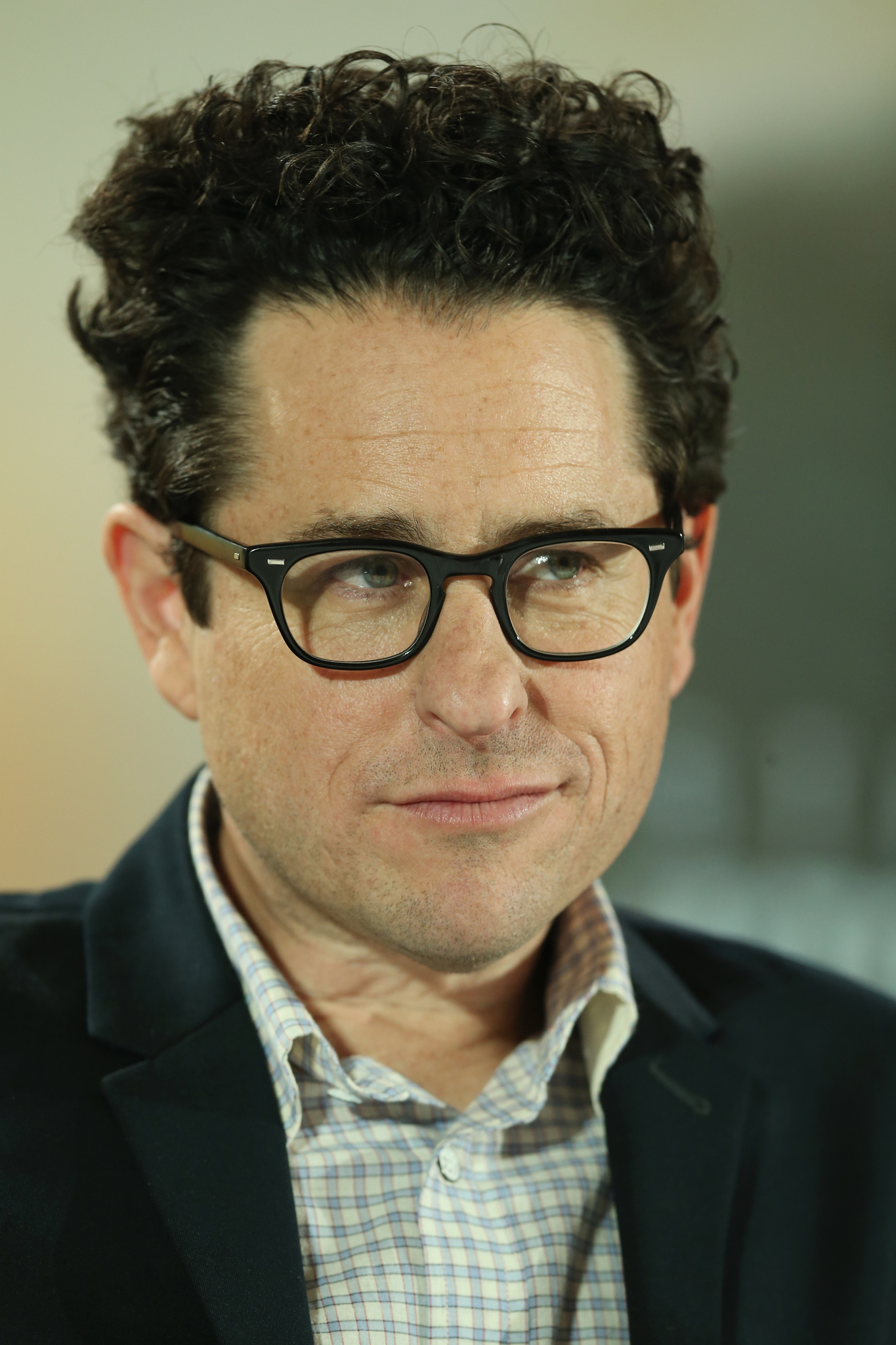 Though originally produced by Lucasfilm and distributed by Fox, Disney bought the intellectual rights to Star Wars in 2012 for $4 billion. A hefty amount, but every Star Wars movie since (except for Solo: A Star Wars Story) has made one billion or more in the box office, and toy sales alone have far exceeded what Disney paid for the property.

The point to be made is simple and inarguable: Star Wars is big. And so far, outside of the spinoffs, every movie has centered around a Skywalker in some capacity — Luke was the titular protagonist of the original trilogy, Anakin was the protagonist of the prequel trilogy, and Kylo Ren is the leading antagonist of the new trilogy. In each and every trilogy, the plot is driven by Skywalkers and defined by them, and so most of Star Wars for the better part of 40 years has been held together by the looming presence of the Skywalkers.

However, Disney sought to step away from the Skywalkers with a new trilogy of movies which’d branch off to explore more of the universe, originally to be developed by Game of Thrones showrunners D.B. Weiss and David Benioff, who have seen stepped away. 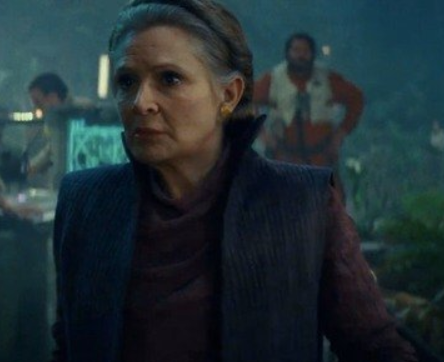 But the Skywalker saga was to come to a conclusion with the newest trilogy, and Episode IX: Rise of Skywalker was to complete the four year long saga. The climax of a trilogy of trilogies has a heavy burden to bear — tying up loose ends, giving time for each and every character to shine, and creating an enjoyable spectacle which’d leave Star Wars fans satiated until the next season of The Mandalorian.

Well, it certainly created a spectacle.

Rise of Skywalker made $40 million on its opening night, which is no record for the franchise but nothing to scoff at (on par with other massive franchise movies such as Avengers: Endgame).

The following includes slight spoilers as to the story beats and implications, but zero explicit spoilers are stated. Read at your own discretion.

Interestingly, the director of the first film in the trilogy, J.J. Abrams, returned after Rian Johnson’s The Last Jedi met both critical and fan backlash. This creative switch is incredibly obvious, as the direction that Johnson tried to take Star Wars was zigzagged by Abrams’ attempt to tell his vision for Episode 9 along with his vision for Episode 8 in a single movie. It resulted in plot rushing and confusion, with critical moments (a crucial one involving Finn and another miscellaneous plot point involving series veteran Lando Calrissian) going absolutely nowhere and simply generating disappointment and bewildered head scratches.

However, Abrams’ return did mean that the tone from Episode 7 returned in the film, and truth is that the humor of Episode 7 resurged in full force. C-3PO, fan favorite and one of the two most iconic droids in cinema, surprisingly received a majority of the audience laughter in local theaters, and internet forums have already taken to creating in-jokes of his wittier lines. 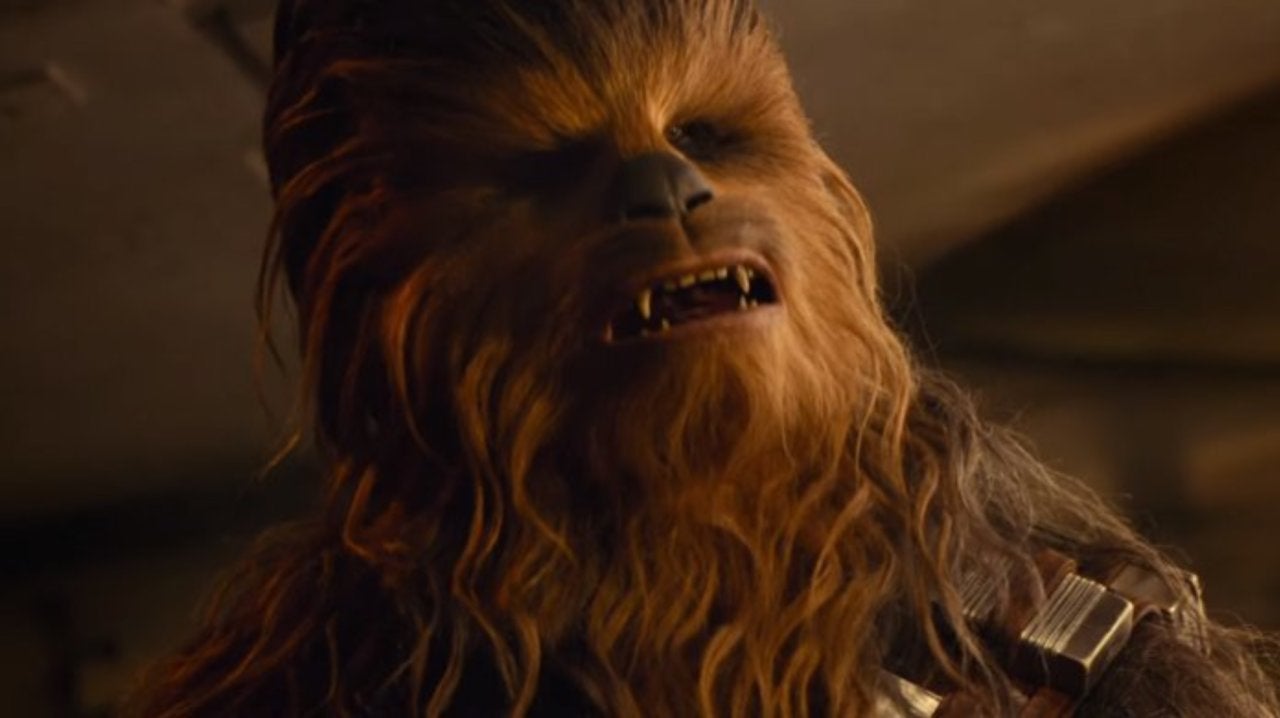 Of course, while C-3PO was executed excellently, many scenes with Carrie Fisher’s character, Princess Leia, were cut short or altered to her unexpected passing in 2016. Her scenes are somewhat few, most of her characterization being done in dialogue with the protagonist, Rey. But due to this shortage of Leia scenes, it feels as if her character is incomplete, and the conclusion to her arc comes suddenly and with little payoff or satisfaction. The most interesting scene incorporating her character involved neither the actual actress nor any dialogue (a fault of the writers and most definitely not Carrie Fisher, one of the highlights of the original trilogy) with a rehash of what Rogue One had done by showing off a young Princess Leia in CGI, this time brandishing a lightsaber on screen for the first time.

The trend of unsatisfying payoffs for character arcs stays true with Chewbacca’s character, played for the first time not by Peter Mayhew but instead Joonas Suotamo. Chewbacca is given comedic parts and significant attention much like C-3PO, but his parts feature more drama and tragedy than his droid companion. Chewbacca has experienced intensely tragic moments in the new trilogy, and though some characterization is alluded to, little actually comes to any fruition. The opening scene with him, Finn, and Poe indicates some electric character dynamics, but very little of this electricity is shown on screen. This entire lack of character dynamics is one of the greatest issues with the movie, and it disparages what the original trilogy embodied. The interactions between Princess Leia, Han Solo, and Luke Skywalker were witty, clever, endearing, all three had unique relationships with the other and traits to themselves which would garner them their own legions of fans. Episode 9 suffers from either too many characters on screen at once, leaving limited space for interaction, or isolating parts of the cast. The actual team has few scenes altogether, and even in those scenes, the parts with most substance involve the growing friendships between Rey, Poe, Finn, Chewbacca, C-3PO, and BB-8.

The core cast is supposed to be Poe, Rey, and Finn, but the characters do not have a dynamic anything like Leia, Han, and Luke. While expecting them to interact exactly the same would be ridiculous and would seem to be lazy writing, the expectation of them having a unique and dynamic relationship is entirely fair. Finn, while he forged himself his own destiny and path in Episodes 7 and 8, has very little of his own character in Episode 9 and feels to be a sidekick to Rey. Meanwhile, Finn has received further backstory and comes across to be more of his own character, even receiving a promotion in the movie, which ought to evolve his character, but it hardly does.

Most disparaging of all is the sacrifice of Kylo Ren’s screentime to allow for Rey’s characterization. Kylo Ren has a heavy presence in the movie, and takes most of the opening scenes, but after a duel with Rey, his character felt a realization which rightfully led to some evolution of his personality. However, while it is still clear that he evolved — after this duel, which is around the midpoint of the movie, Kylo Ren has no dialogue. His relationship with Rey is entirely changed and yet he says a total of zero words to her. His entire saga, though following the right cues, is perhaps the most dissatisfying of all, and his final scenes in the saga fall on deaf ears in its attempt to be dramatic — his final scene accidentally triggered laughter in my theater. 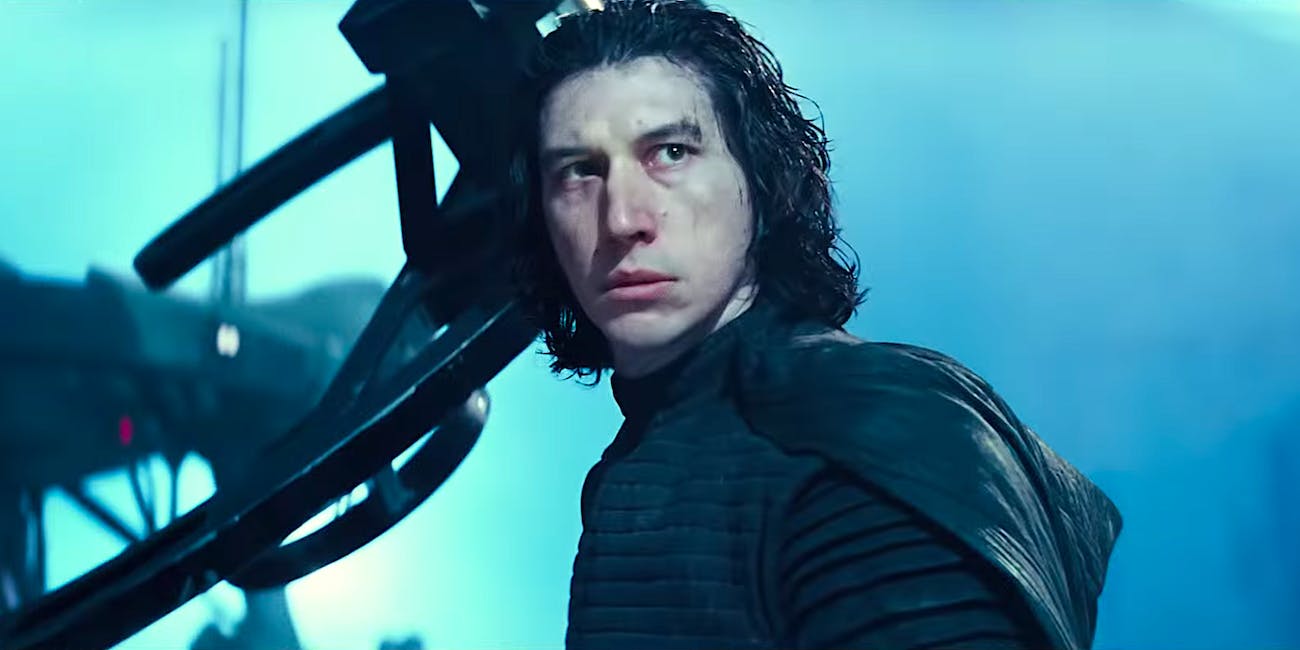 Overall, my biggest gripe with Episode 9 is the lack of vital characterization and heavy losses on character realization. Many characters failed to live to their potential in Episode 9, and none met a satisfying conclusion. This isn’t even to comment on Emperor Palpatine’s return (which was foreshadowed only by the opening slide) which led to little furthering of his character or story except to shed light on protagonist Rey’s character (essentially, Palpatine, the big bad of the entire series, serves purpose as a plot device).

The poor character choices lend itself to make a poor story as well, because every story is defined by its characters. The story feels like a generic space adventure, with a short adventure on a desert planet, then some space-faring, and a final battle on a hidden planet which lacked any interesting distinctions. The most fascinating setting in the movie was the crashed remnants of the second Death Star, which featured a fun (but low stakes) duel between Rey and Kylo Ren.

Truthfully, the movie has fantastic effects, fun alien design, and everyone knows this because Disney produced this film, and Disney isn’t likely to shelve out a half-rendered film. So, at the very least, Star Wars: The Rise of Skywalker looks very good. Based off of its CGI alone, it’d be an easy 8/10 movie. But the special effects do not make up for the story, because cinema is made up of great stories. Episode 9 failed to create a great story, and in its effort to appease fans with many many recycled lines (iconic lines from the prequels and original trilogy are a dime a dozen in Episode 9) it forgot to create anything original and of substance.

Star Wars isn’t over, but the Skywalker saga is supposed to be. Episode 9 was meant to be the end to this great chapter of cinema lasting over forty years. But frankly, it didn’t meet the expectations given to it by the fantastic stories and implied characterization told in the films prior.

Episode 9 was a fun spectacle that any casual fan will enjoy, but for anyone invested in the many iconic characters and faces of Star Wars, any expectation of character arc satisfaction is going to bring immeasurable disappointment. 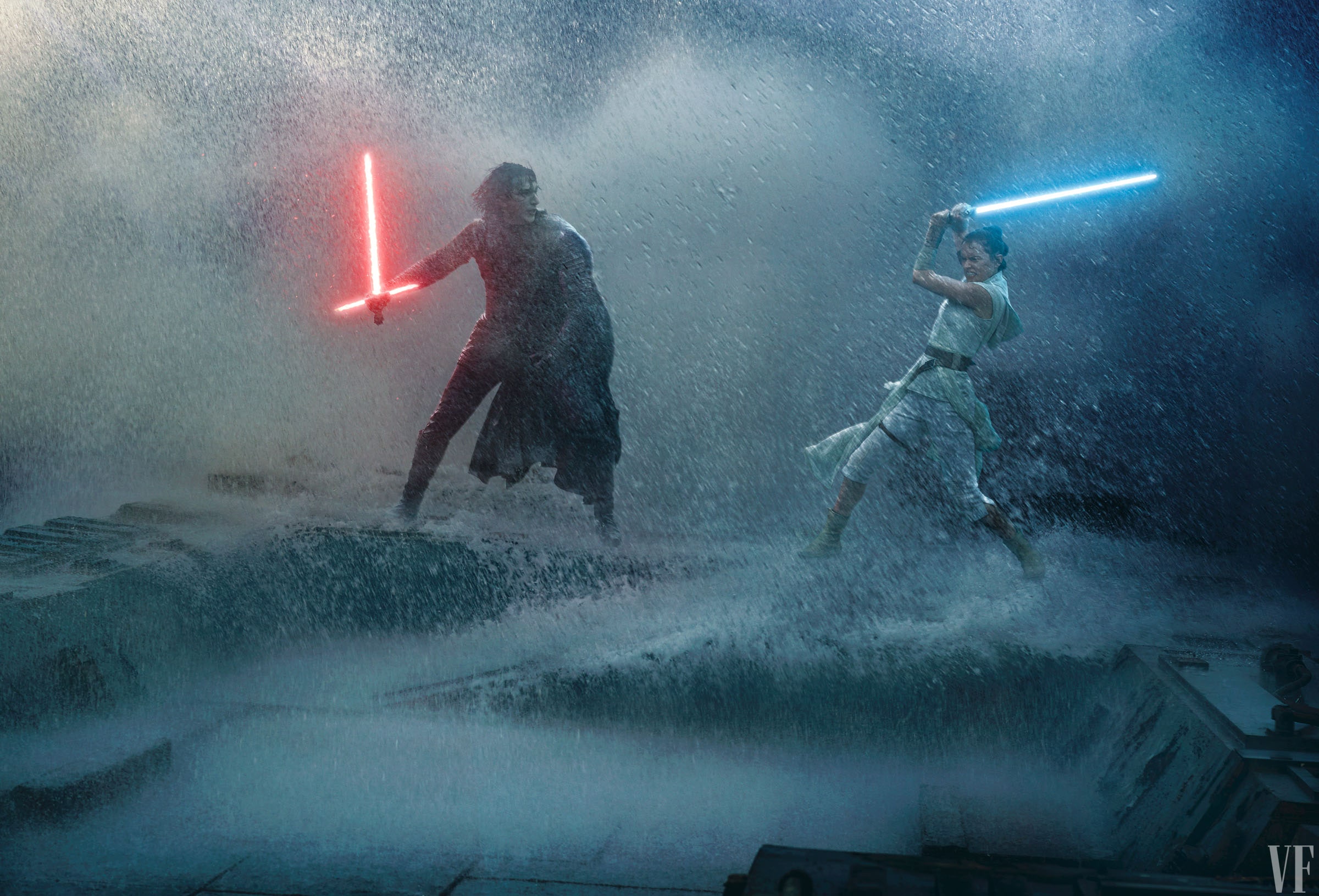 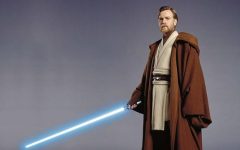 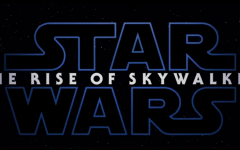 Star Wars Trailer Inspires Hope in the Face of Fear 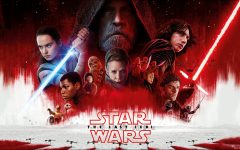 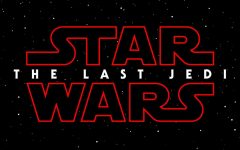