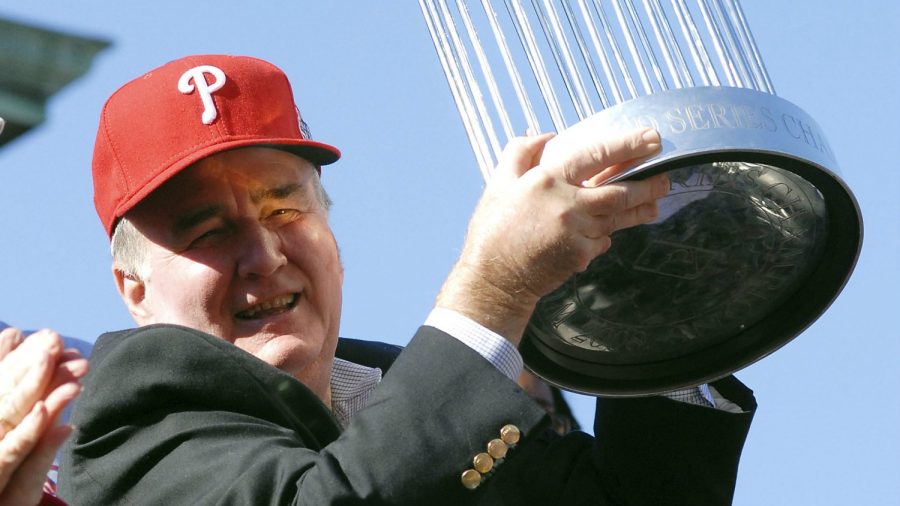 The entire Phillies organization, fans, players, and staff alike, have lost a major fixture of Phillies baseball. Early Wednesday morning, former president and chairman of the Phillies, David Montgomery, passed away at age 72, after battling for 5 years against cancer.

As John Clark of NBC Sports Philadelphia put it in a Tweet, “The Phillies have lost their chairman, the heart of their franchise.”

Before Wednesday’s game against the Cardinals, both teams observed a moment of silence, a classy and thoughtful gesture by the St. Louis organization. Several other ballclubs observed moments of silence as well for a man revered as one of the most respected executives in baseball history.

Commissioner Rob Manfred expressed his condolences, reflecting on Montgomery as a mentor of his. Many former Phillies players and management also offered their condolences and fondest memories of Montgomery, both in social media posts and interviews.

Perhaps the Phillies on the field did the most important part in honoring Montgomery, getting the win against the Cardinals, 5-0, behind a stellar outing from Jerad Eickhoff. Eickhoff wore his number 48, and pitched an 8 inning shutout, on the same day that the 48-year Phillies veteran passed away. A fitting send-off for an icon.