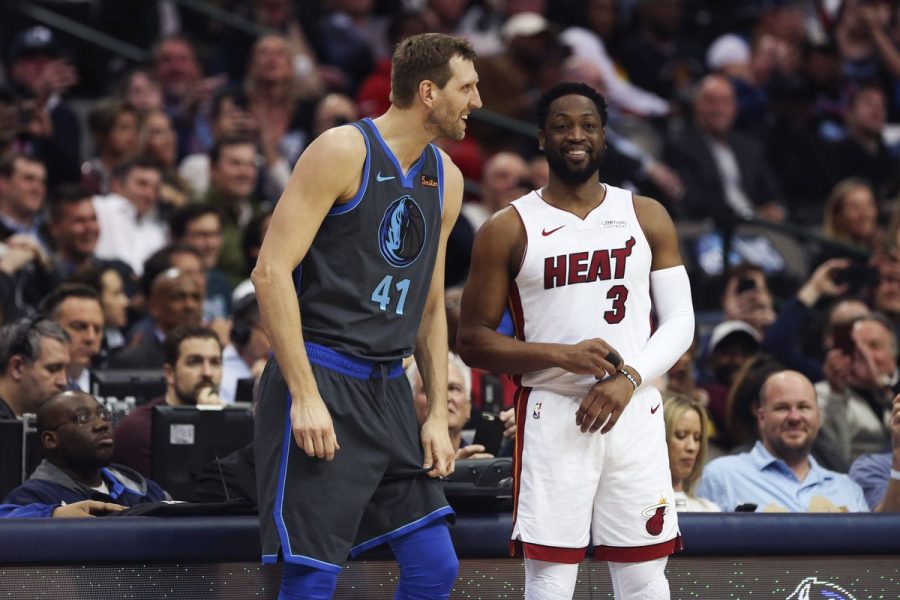 Both Dirk Nowitzki and Dwayne Wade have played their final home game in their beloved NBA towns of Dallas and Miami.

The Maverick legend Nowitzki racked up a season-high 30 points his his undoubtedly last regular season game in his career.

Dirk will forever be solidified in Maverick history as he retires at the age of 40.

As for “The Flash,” Dwayne Wade, he got a warm welcoming to his final home game as his featured video included his son, Zaire Wade, introducing Wade for his final dance in Miami.

The Heat started the game with a Wade dunk, how else could this game start?

The two legends will leave the game with no doubt in their minds they will be inducted into the NBA Hall of Fame when eligible.