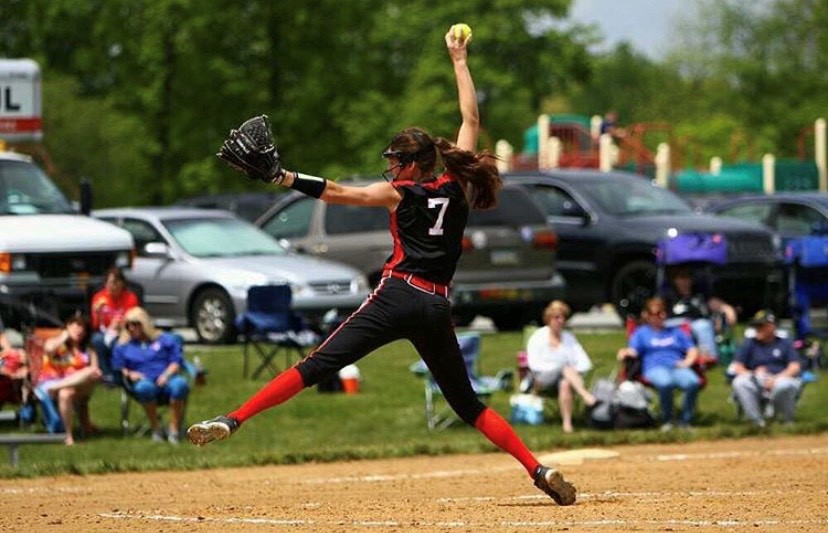 I was trying to stop the ball but I heard something snap in my leg and I just fell. My [basketball] coach yelled at me to get up so I tried but there was no point my girl had already scored. They called time for Donna [the athletic trainer] to help me off the court. After that, I went to the doctor three times and all they said was that I had sprained my knee, so I went back and tried again. I wasn’t going to quit on my team. Unfortunately, I was forced to, because my knee got so bad that I couldn’t walk. I was then told by doctors that I had torn my ACL. It was really sad for me because I had never been hurt before. Sitting at the end of the bench during games killed me because I was helpless. After surgery, I worked really hard to get back to where I was, but that’s when I realized softball was my priority. I handed in my basketball jersey and traded my sneakers for cleats. It was time to focus on my real dream — playing college softball.