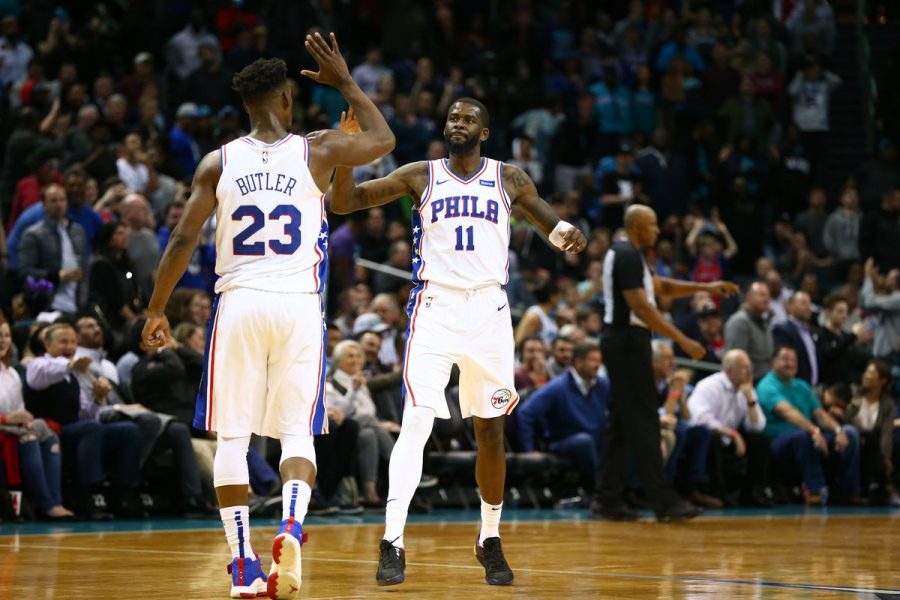 The wins just keep on coming, and at the right time too. The Sixers have set their season-high win streak at 5, and have improved to a season-high 21 games over .500, as they defeated the Charlotte Hornets 118-114 on Tuesday night.

With Embiid resting again, the Sixers saw major production from the rest of the starting 5, a good sign for the team chemistry and depth. Ben Simmons went off to lead the Sixers in scoring, with 28 points, 8 rebounds, and 5 assists. JJ Redick was close behind, scoring 27 with 10 rebounds and 8 assists. Tobias Harris came up with another double-double, scoring 22 with 11 rebounds. Jimmy Butler held his own too, with 23 points, 4 rebounds, and 9 assists.

The box score was the same story as usual. The Sixers outscored the Hornets in both 1st half quarters, while being outscored in the 3rd. However, the Sixers’ strongest quarter was the 4th, as they effectively closed out the Hornets, another good sign.

The Sixers are now 46-25, and they prepare to take on the hated Celtics on Wednesday night. It’ll be a statement game, as the Sixers still haven’t proved they can beat Boston yet.