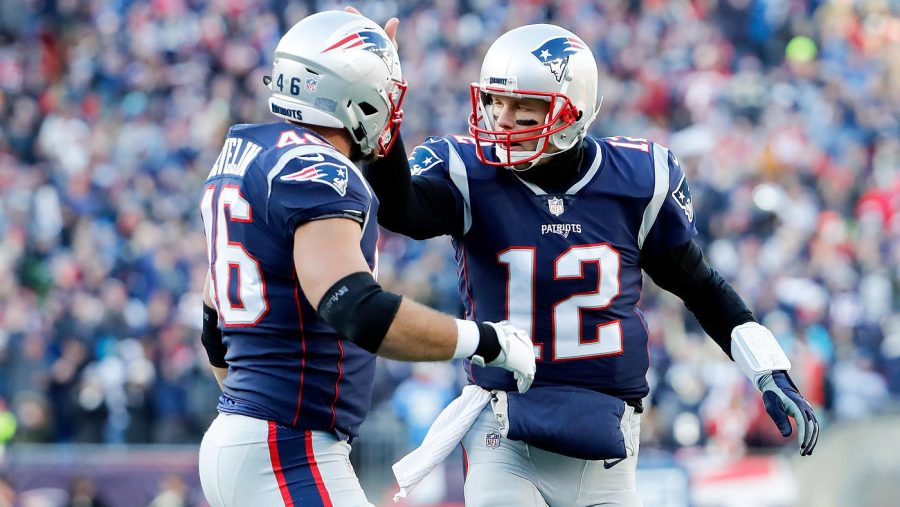 For all the controversial calls. For all the potential on the other sideline, two things remain constant.

The Patriots have Bill Belichick, and they have Tom Brady.

That’s why they’re heading to yet another Super Bowl.

The one way to make sure Patrick Mahomes didn’t lead the Chiefs back again was to not let him have the chance, as the Patriots took the first possession of overtime and drove for a touchdown, with Rex Burkhead plowing in for the score and giving them a 37-31 win.

The Patriots will face the Rams in Super Bowl LIII in Atlanta in two weeks, for a shot at a sixth title between the best coach and quarterback in the game.

And that game will have to work to match this one.

The lead changed hands five times in the fourth quarter, as a game that was slow to start reached a frantic pace late.

The Patriots dominated the first half, pulling out to a 14-0 lead, and holding the high-powered Chiefs to 32 yards in the first 30 minutes. And that included a 42-yard pass to Tyreek Hill, which underscores the job the Patriots defense did.

The Chiefs did what they have done so often this season, getting hot on offense. Mahomes finished with three touchdowns in the second half, doing everything he could.

But for all the subplots we’ll talk about for the next few days (pick plays, Julian Edelman‘s thumbs, fourth down calls which didn’t work and then they did, the officiating, again), Brady stepped in to do what he has done so often.

After a penalty wiped out an interception, Brady hit Rob Gronkowski for a 25-yard completion, and then Rex Burkhead scored from 4 yards out on the following play for the lead.

It was an 84-second drive for what appeared to be a game-winning score. But that left 39 seconds for Mahomes, and he moved them quickly into position for a field goal and a chance for a coin flip.

But Brady didn’t give him another one, leading a 13-play, 75-yard march for the winner.

And a shot at even more history.