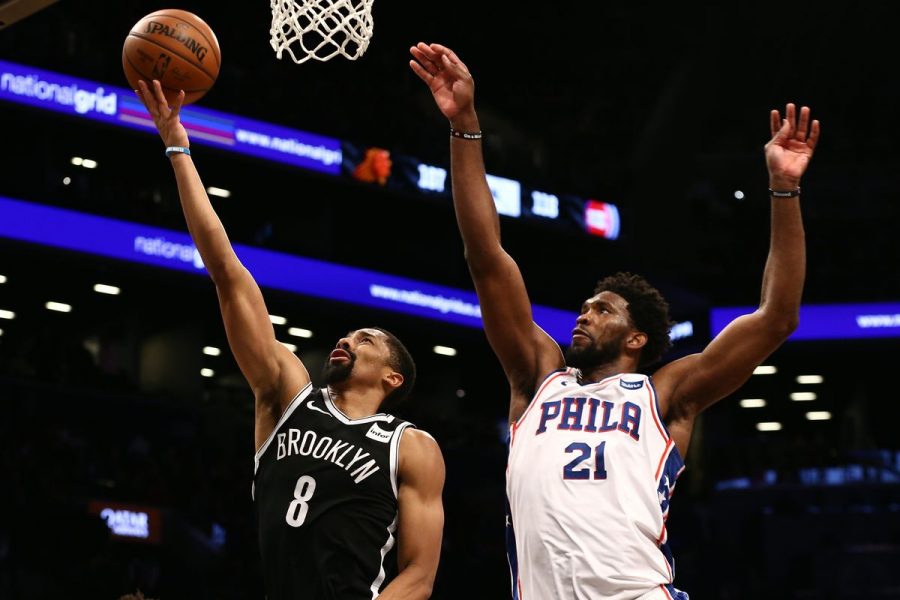 Brooklyn Nets’ Spencer Dinwiddie had a career night in the win vs the Sixers, despite Joel Emiid’s 33 point night

In Monday’s win against the Pistons, Sixers’ Jimmy Butler left early with an apparent groin injury. While the injury appears to be minor, Butler sat out Wednesday’s game vs Brooklyn as a precaution. The Sixers have been rolling as of late, even as Embiid struggled last week. However, the Nets have had the Sixers number this season, with the win on Wednesday, they lead the season series 2-1. Embiid had a strong game for Philadelphia, dropping 33 points as he appears to have regained his form. The problem was the Sixers’ defense, as they allowed the Nets’ Spencer Dinwiddie to go off for 39 points as the Nets bested the Sixers 127-124.