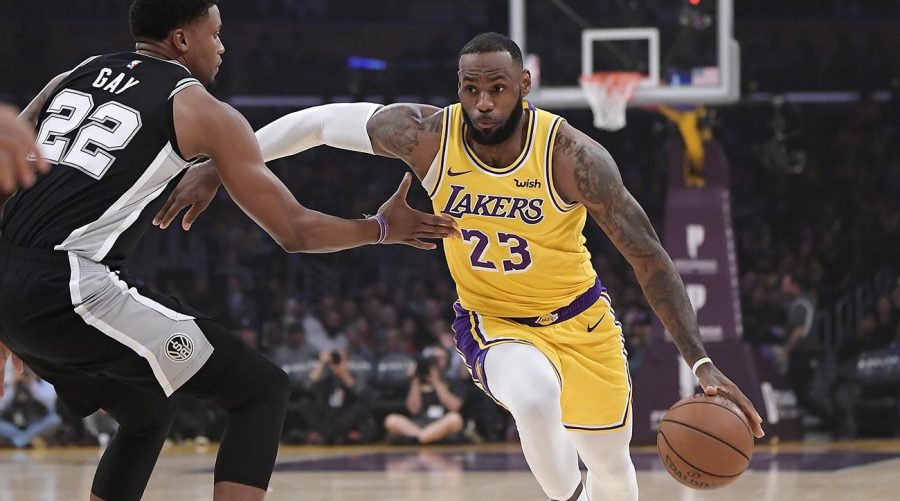 The LA Lakers defeated the San Antonio Spurs by a score of 121-113, with a strong effort from no other than Lebron James. The “Lake Show” didn’t look too good early on in the 4th quarter, as they were losing 91-83 with 10:12 left in the game, with the main reason being that LeBron wasn’t in the game. Luke Walton called timeout, put him back in, and the game was history.

LeBron went 7/8 in the final quarter including 3/3 on some ridiculously long threes. He was extremely aggressive and, as the case has been all season, the rest of the team thrived off of his aggressiveness. He ended up with 42 points, 6 assists, 5 rebounds, 2 steals, and a +/- of 19. It was his third 40+ point game of the season.

Unfortunately, the Lakers were plagued by depth problems early on in the game.

Brandon Ingram injured his ankle in the 1st quarter and never returned. Shortly after the ankle injury, Josh Hart accumulated his third foul in a little over 2 minutes of play in the 1st quarter. Those two being out early in addition to Rajon Rondo’s continued absence caused Luke Walton to put out a dreadful lineup in the second quarter consisting of Stephenson-KCP-Svi-Beasley-McGee.

The lack of depth actually gave Svi Mykhailiuk competitive minutes which is good for his future development, but bad for the Lakers in the present as he was 1/7 from the field (1/5 from three) with a -16 for the game.

This was a pretty good game early on from Lonzo Ball, as he had five points, six assists, two rebounds and a steal in the first quarter as well as a highlight dunk. He was affecting the game all over the court including some great assists to LeBron James.

Hit-ahead passes to ‘Bron from ‘Zo has become a regular occurrence as of late. Ball always puts the pass right on target, while James sells it. LeBron’s defender isn’t looking behind his back during the pass, while LeBron acts like a pass isn’t coming until it’s right in his hands. It’s a thing of beauty to see.

The Lakers will look to extend their current four-game winning streak to five as they meet the Spurs again in San Antonio on Friday.