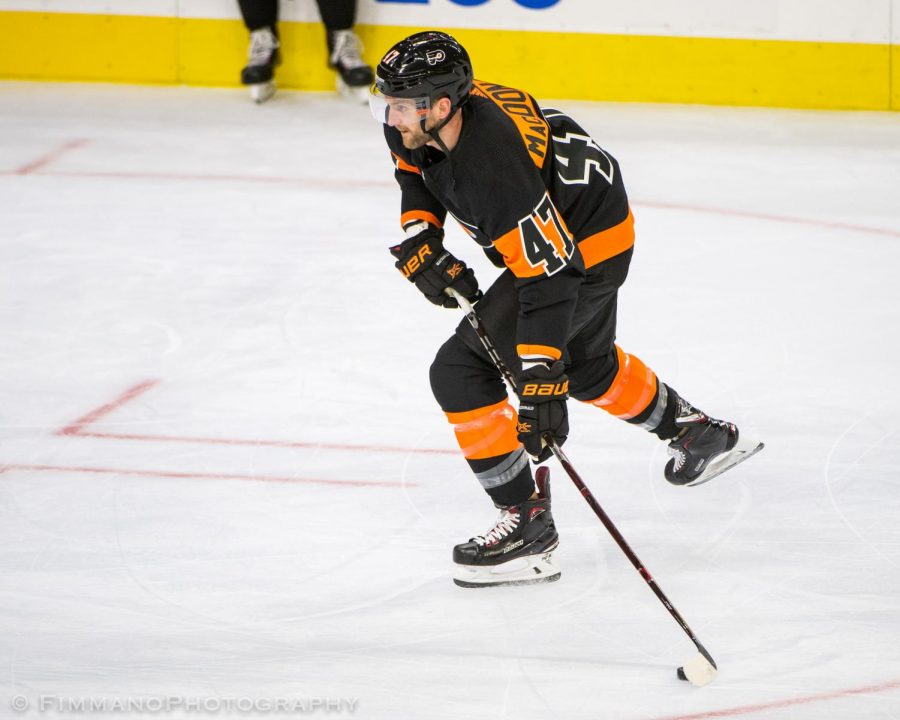 Flyers’ Andrew MacDonald lines up to assist a Claude Giroux 2nd period goal as the Flyers win in Pittsburgh 4-2.

The Flyers vs Penguins rivalry has always been one of the more heated rivalries in the NHL, between 2 perennial playoff contenders. But both teams have seen lackluster results in the 2018-19 season. The Pittsburgh Penguins came into the game Saturday night at 10-9-5, as they seem to have lost their usual top-of-the-league mojo. The Flyers’ frustration was no secret, as they came into Saturday 10-12-2 following a week that saw 3 major firings among assistant coach and GM positions. The Penguins got off to a hot start, as Sidney Crosby scored within 39 seconds of the puck drop. The Flyers, however, responded, as Travis Konecny tied it up 5 minutes later. The Penguins would score again in the 2nd period only to, again, be countered by the Flyers as the game went into the 3rd period deadlocked at 2. The Flyers put the pressure on with a goal by Dale Weise 51 seconds into the period, and Anthony Stolarz would shut it down in-net from there on. Jake Voracek then drove the final nail into the coffin with an easy goal to secure the win in Pittsburgh. With all the odds against them, the Flyers came up with a huge victory against a heated rival, so can they keep showing this fight? Or is it too late now?