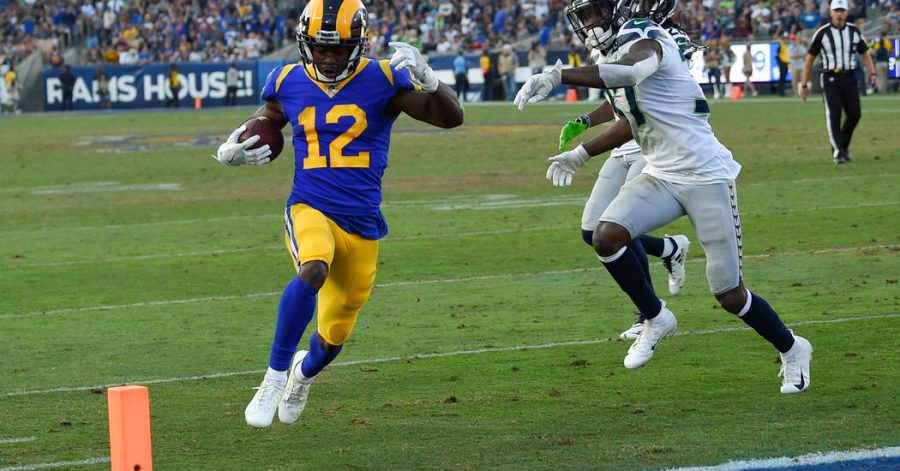 Not Including Monday Night Game

Pittsberg is starting to heat up as an offense, and the defense is making plays. Not much you can do to stop these guys. Look for the Steelers to fight for a higher playoff spot. As for the Panthers, they drop to 6-3 and they look to get back in the win column against the Lions next week.

Both offenses produced zero to nothing as it was a defensive battle all the way till the 4th quarter. The Bucs took the ball down 65 yards in their first drive just to throw a goal-line interception to Josh Norman. From there field goals were exchanged until the Redskins took it in for six to take the lead and essentially end the game.

Chiefs continued to win, wasn’t as dominant as most would have expected but they move to 9-1 on the season.

Matt Barkley is back! Well, probably not but the average-joe quarterback took the Bills to a win in blowout fashion. Lesean McCoy had a day with almost 150 all-purpose yards and 2 touchdowns. The Bills continue to be the most inconsistent teams in the league with the Jets following right behind them.

Andrew Luck threw another 3 TDs in his performance against the Jags as they won a close won by 3 points. The Jags 4th quarter comeback wasn’t enough and their season looks to be in jeopardy after dropping their 5th in a row.

The Bears are legit. This game could have been a lot worse for Detroit. Mitch Tribisky had over 300 passing yards and 3 touchdowns with targeting Allen Robinson for over 100 yards and a touchdown.

Another dominant performance by Drew Brees and the Saints as their eyes are set on a Super Bowl this year. The Bengals defense didn’t stop the Saints offense once as the Saints scored on every possession except the drive they ran the rest of the clock out.

Marcus Mariota played like a franchise quarterback, and the defense is playing like they want to be in the playoffs and with this win over Tom Brady and the Patriots that could easily punch their ticket to a wild card in the strong AFC.

The Brownies WIN! After firing their head coach and offensive coordinator, the Browns win against a good Atlanta team and earn their 3rd win of the season. Baker Mayfield is the real deal as he tossed 3 touchdowns in his performance.

The Raiders offensive struggles continue as they are held to under double digits … once again. As for the Chargers, they win their 6th straight and are in a great playoff spot.

This was a great  divisional game as the Rams win again. It was a back and forth game the entire time but the Rams defense stopped Russell Wilson and the Seahawks.

Aaron Rodgers does it again. Rodgers carved the Dolphins up and he continues to carry the Green Bay Packers to the playoffs.

The Eagles are terrible. Dak Prescott isn’t even a top 10 quarterback and Zeke hasn’t been himself. The defense is a problem for the Eagles as Zeke totaled 140 yards on the ground. The Cowboys come up with a huge win as they save their season and advance to 4-5.