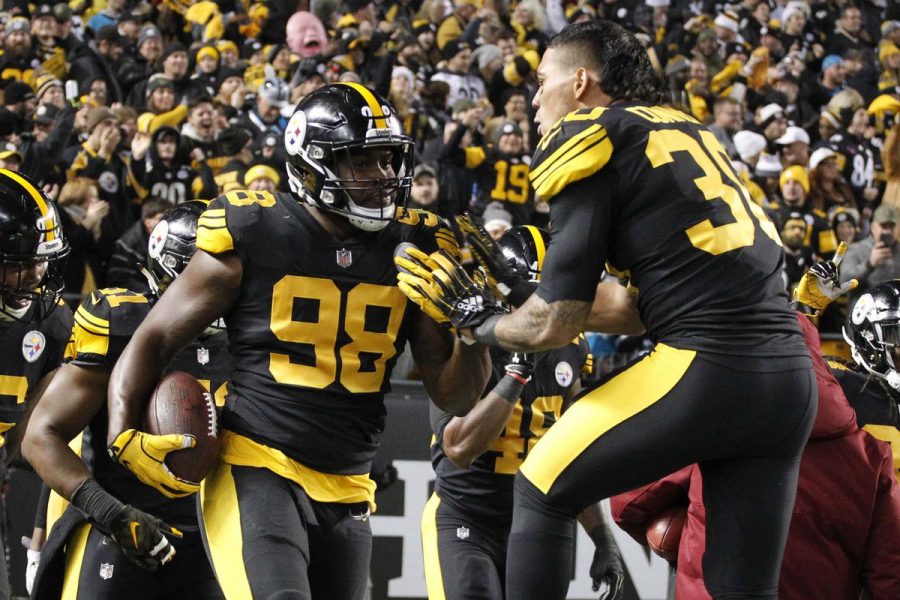 The Thursday Night Football match-up between the Steelers and Panthers was expected to be a competitive game, but the Steelers’ quickly turned it into a one-sided affair as they crushed the Panthers 52-21. The game started with a solid drive for an early Panthers’ touchdown courtesy of Christian Mccaffrey, who would finish the night with 3 touchdowns, but the script would flip quickly. On the Steelers’ first play after the kickoff, Ben Roethlisberger connected with Juju Smith-Schuster for a 75 yard touchdown. On the very next play for the Panthers, the Steelers’ forced Panthers’ QB Cam Newton to throw an interception, returned by Vince Williams for a pick-six. The touchdowns came within 13 seconds of each other, stunning the Panthers. And the Steelers never looked back. Ben Roethlisberger had a perfect night, throwing for 328 yards, 5 touchdowns, and a passer rating of 158.3. The defense continued to excel for Pittsburgh, managing to sack Cam Newton 5 times, as well as forcing a pick-six and forced fumble. The 52 score tied the record for the most points given up by Carolina, and the most scored by the Steelers at Heinz Field. The Steelers, who have won 5 straight, now advance to 6-2-1 while the Panthers drop to 6-3.