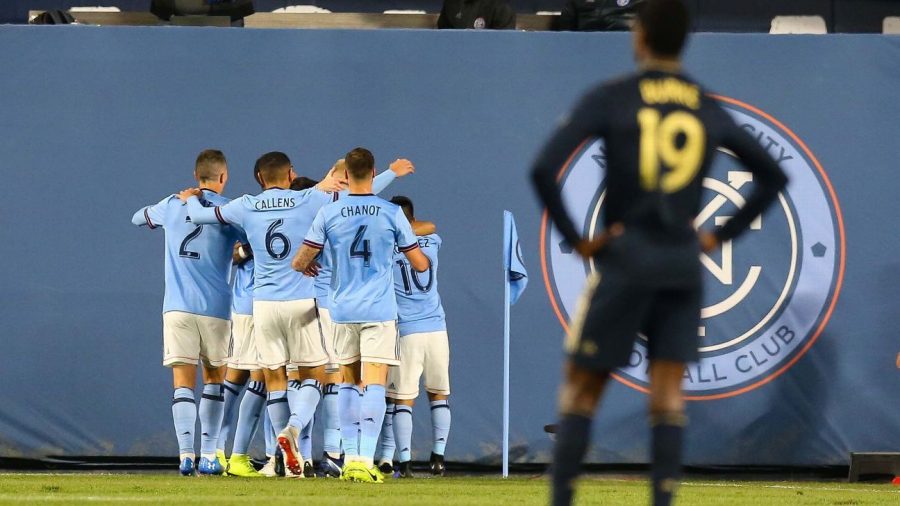 Cory Burke, who had the only Union goal, looks on as the Union are eliminated from the playoffs.

The first round of the MLS playoffs took place on Wednesday night as the Philadelphia Union took on the New York City FC at Yankee Stadium in the Bronx. And yet again, as it always seems to be in Philadelphia, the Union’s short-lived run ended quickly in frustration as they fell to the NYCFC 3-1. It was a case of frustrating déjà vu on Wednesday, as the NYCFC beat the Union by the same 3-1 score, at the same Yankee Stadium on Sunday. Oh yeah, and the Union’s only goal on Sunday? Courtesy of Cory Burke. The Union’s only goal on Wednesday? Again, Cory Burke. Once again, a Philly team falls short.