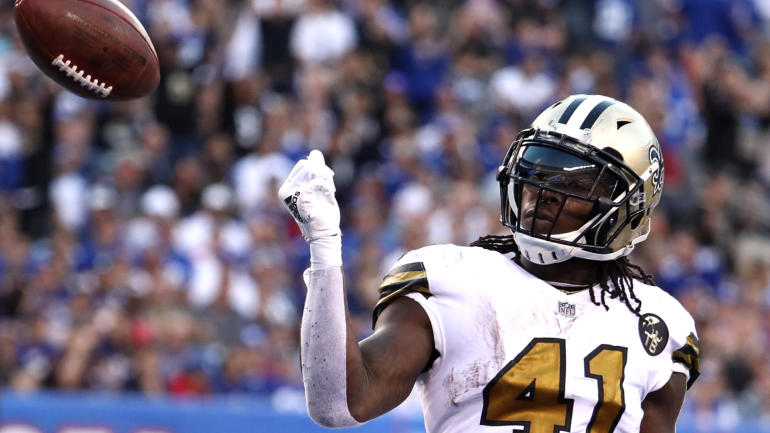 Saints Advance to 6-1 After Their 6th Straight Win

P.J. Williams was having a hard time keeping up with Minnesota’s dominant wide receiver duo, with frequent attacks by the Vikings on the third-year nickel cornerback for New Orleans during long touchdown drives each of their first two possessions.

Williams and the Saints sure enjoyed their revenge.

With assistance on a forced fumble that set up a touchdown late in the second quarter and an interception he returned for a score midway through the third quarter, Williams had quite the eventful night for the Saints in their 30-20 victory over the Vikings on Sunday.

“Part of being a cornerback in the NFL is to be able to bounce back,” Williams said, adding: “It was a little relief, definitely, after giving up a few plays.”

The Saints (6-1) were tied for the second-fewest takeaways in the league entering this rematch of the divisional round playoff game last season that Stefon Diggs won for the Vikings with that stunning last-snap 61-yard catch and run for a touchdown . Though the action was packed with plenty of highlight-reel plays, this one lacked the down-the-stretch tension and that where-were-you moment that immediately went viral like the “Minneapolis Miracle.”

“We felt as if we were in a shootout until the third quarter, and then you felt them break,” Saints defensive end Cameron Jordan said. “At some point, they didn’t want it anymore.”

Adam Thielen was putting together yet another stellar performance for the Vikings (4-3-1), who were on the verge of extending a 13-10 lead when Thielen plunged forward for extra yardage after a short first-down catch. Williams and Alex Anzalone converged and pried the ball loose at the 14, and Marshon Lattimore scooped up the fumble to start a 54-yard return . Two plays later, the Saints were in the end zone to complete the sharp momentum shift.

“You can’t make mistakes against a really good football team,” Thielen said , who had seven receptions for 103 yards and a touchdown.

Diggs, who had his own standout game with 10 catches for 119 yards and a score, was largely responsible for the other crucial gaffe by the Vikings. Though the stat sheet will forever show that Cousins was picked off by Williams, Diggs stopped his drag route too soon while his under-pressure quarterback tried to dump the ball off to where he was counting on Diggs to be. Williams grabbed it instead and raced the other way for a 27-13 lead .

“He just did what he was supposed to do, threw it to the spot,” Diggs said. “Miscommunication, and I take full responsibility.”

Here are some other key developments from the game:

Thielen climbed over the neck of Williams for a tricky third-down catch on the first drive for the Vikings. Diggs beat him with a back-shoulder grab at the goal line and again four plays later on a toe-tap touchdown at the edge of the end zone on fourth down. On the next possession, Williams had a pass interference penalty that set up a short scoring run by Latavius Murray.

The Saints, who were outgained 420-273 in total yardage, were able to keep their confidence and energy high despite the unfavorable start and stay undefeated in four road games this year.

“We knew it was going to be a hard-fought game,” said quarterback Drew Brees, who had only 120 passing yards and threw his first interception after 231 attempts without one but went 18 for 23 to maintain his league-leading 77.4 completion percentage. “The difference was getting some of those turnovers.”

Diggs and Thielen each scored their touchdowns on fourth-and-goal plays from the 1, but in between the fumble and the interception was another pivotal negative play for the Vikings. The fourth-and-1, empty-backfield pass by Cousins from their own 45 on the opening possession of the second half was incomplete when Lattimore knocked the ball out of Laquon Treadwell’s hands. Vikings coach Mike Zimmer and offensive coordinator John DeFilippo decided earlier in the week they’d take an aggressive approach in those situations, with the indefatigable Brees and bold-and-unpredictable coach Sean Payton on the other side.

“I love that they stuck to that plan,” Cousins said.

Thielen tied Calvin Johnson’s NFL record of eight straight 100-yard receiving games, set in 2012 with Detroit. He also matched Patrick Jeffers with a fifth consecutive game with 100-plus yards and at least one touchdown, a mark set in 1999 for Carolina.

“I think I’ve said this eight weeks in a row: 100 yards doesn’t mean anything unless you’re winning games,” Thielen said.

Alvin Kamara capped the opening touchdown drive by catching a forward flip from Brees on a jet sweep play with both backup quarterbacks, Teddy Bridgewater and Taysom Hill, lined up as wide receivers. Hill had taken a turn at quarterback earlier and threw a 44-yard pass to Michael Thomas.

Kamara soared into the end zone for a rushing score after Lattimore’s return, aided by a 15-yard unsportsmanlike conduct penalty on Treadwell. Kamara, who had 20 touches on the team’s 53 offensive plays, has at least one rushing and one receiving touchdown in four different games. That’s the second-most in the first two seasons of a career during the Super Bowl era, behind Edgerrin James and his six such games for Indianapolis in 1999-2000.