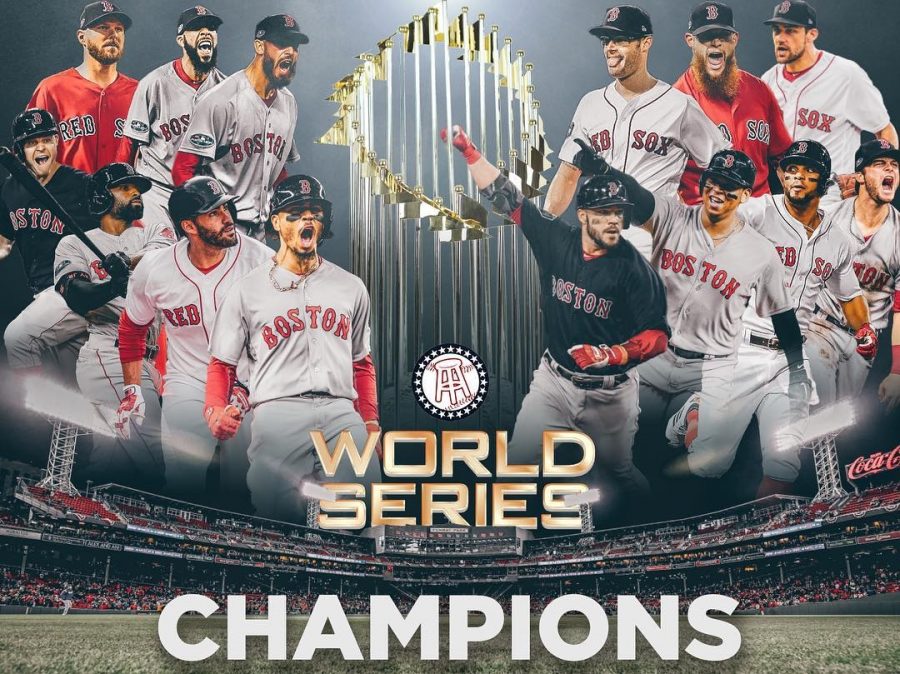 The Boston Red Sox have claimed their 4th championship title since 2004 with the defeat of the Dodgers on Sunday night.

The Boston Red Sox were the heavy favorite going into the 2018 Fall Classic, and they proved exactly why in nearly every way, as they finished off the Los Angeles Dodgers to win the championship on Sunday night. The bullpen, which was a big question mark at the end of the regular season, stepped up big-time for the Sox, and played a vital role in securing big wins in each series. Pieces like Joe Kelly and Craig Kimbrel were shutdown as usual, starters like Nathan Eovaldi and Chris Sale were lethal out of the ‘pen as well, Sale even closed out the decisive game 5 victory on Sunday night. David Price, a pitcher with a notoriously bad postseason rep, finally found success in the playoffs, including a 7 inning, 3 hit, 5 strikeout effort for the win in the decisive Game 5 on Sunday. Steve Pearce, a first-baseman who bounced around the league to start the season, came up with 8 RBI in the World Series, including 2 home runs in game 5 alone. Alex Cora looked like a genius in his first year as the manager of the Red Sox, he flipped all the right switches, as he led his team to an MLB-best 108 wins in the 2018 regular season. Perhaps the most incredible point to note about the Red Sox run to the title is how quickly and efficiently they dismantled their opponents. They took down the rival New York Yankees with a 3-1 series win, they knocked off the defending champion Houston Astros with a 4-1 series win, and handily defeated the Los Angeles Dodgers by a 4-1 series win again. They clinch the championship having lost only 3 games out of 14 they played in the postseason. And even after a frustrating 18-inning loss in game 3 of the World Series, the Sox rebounded the very next game by erasing a 4-0 deficit to win it 9-6 in game 4, stunning the Dodgers and solidifying the belief that this Red Sox team was destined to reign champion in 2018. A wild MLB postseason has come to a close as Boston adds another trophy to the city’s now-expansive trophy case.