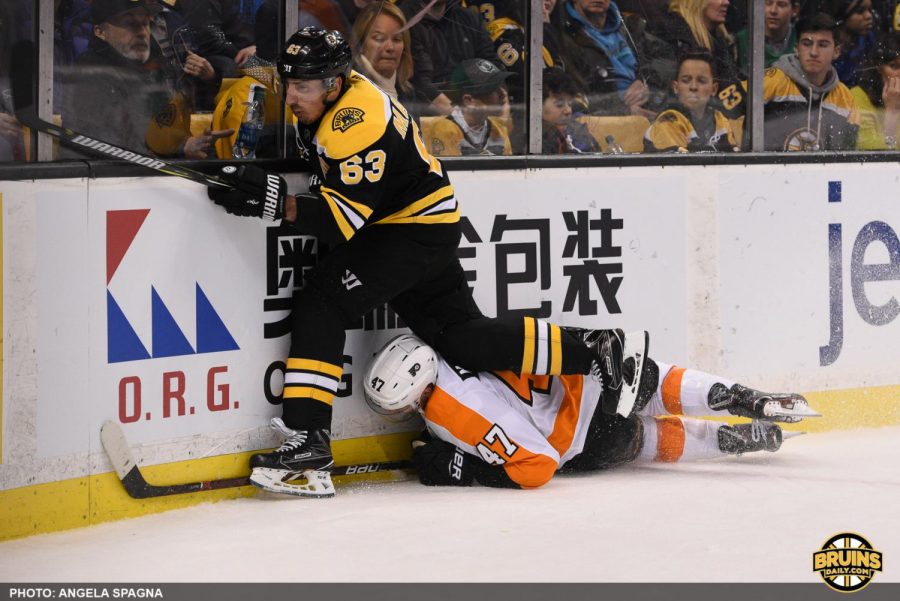 The Flyers have continued what has been a frustrating last week or so in Philadelphia sports, as the Eagles, Sixers, and Flyers all suffered losses. The Flyers lost 4-1 in a miserable effort vs the Avalanche on Monday night, and against the rival Boston Bruins, they fell flat on their face again as they were shut out 3-0 on Thursday night. The past 2 losses are particularly frustrating, as the offense wasn’t the issue with earlier this season, it was defense and goaltending that let them down. Obviously, giving up 4 goals on Monday and 3 on Thursday still remains a huge red flag for the team, but to see the offense score only 1 goal in 2 games after scoring 5 on the Devils over the weekend, is even more concerning. The offense can’t stay this inconsistent and lifeless for long, but defense has been an all-season issue. In terms of goaltending, the Flyers will likely give Michal Neuvirth some time in-net now that he’s returned from his injury stint, but whether or not he can be any more effective than Brian Elliot or Calvin Pickard, remains doubtful. The preseason hype has faded, and reality has hit – more work still needs to be done if this team wants to go anywhere near the playoffs.