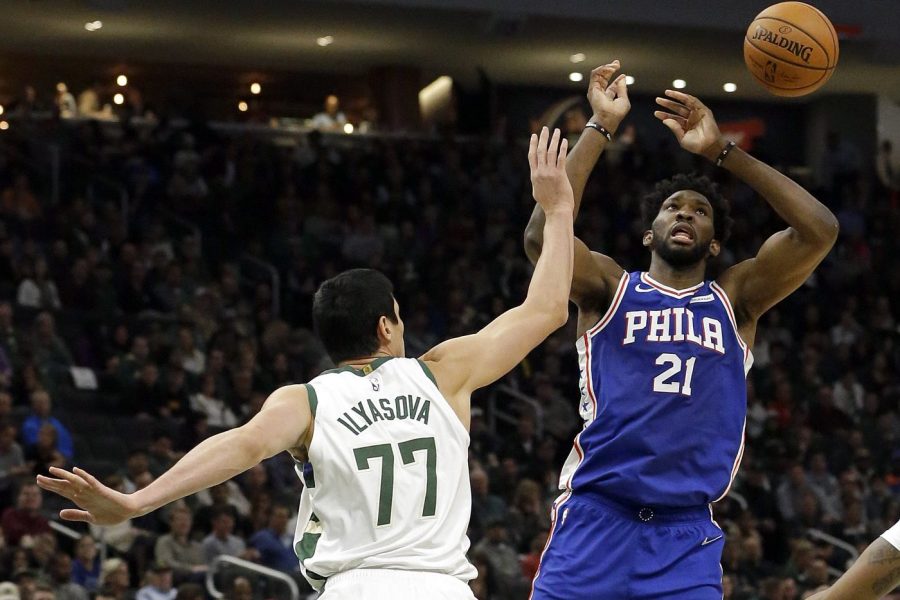 Sixers’ Joel Embiid is defended by former Sixer Ersan Ilyasova as the Milwaukee Bucks roll over the Sixers 123-108.

If you only saw that Ben Simmons dropped a triple double, and Redick dropped 19 points, you’d think that the Sixers had rebounded from a frustrating loss in Detroit. Nope, they got blasted 123-108 by the Milwaukee Bucks. The Sixers’ struggled yet again on Wednesday night, as they allowed Bucks’ Giannis Antetokounmpo to drop a triple double of his own, with 32 points.  The Sixers continued a frustrating trend, they can’t hold any kind of a lead. The Sixers led by 12 over the Bucks at the end of the 1st quarter, then allowed a staggering 49 points to the Bucks in the 2nd quarter alone. What needs to change for the Sixers to get back to their winning ways of last season? We’re only 5 games into the season, but the trends for the Sixers are seriously concerning. So what moves need to be made? The Sixers’ next chance to turn it around will be on October 27th against the Hornets at Wells Fargo Center, ending a frustrating road trip.