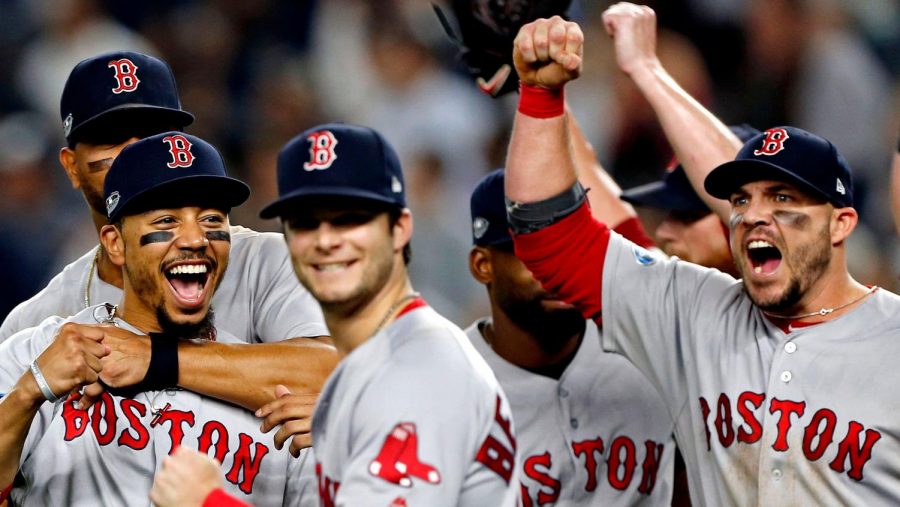 The Red Sox celebrate winning the AL Pennant following their win over the Houston Astros on Thursday.

The Boston Red Sox are going back to the World Series for the first time since 2013. The Red Sox made quick work of the defending champion Houston Astros, winning the best-of-7 series 4-1. In game 5 on Thursday night, Red Sox starting pitcher David Price finally overcame his postseason struggles with a dominant performance, backed by the Sox potent offense finally getting the best of Houston’s ace Justin Verlander, as Boston punched their ticket t0 the World Series. Center fielder Jackie Bradley Jr. took home the ALCS MVP honors after driving 9 runs in with a bases-loaded double, 2-run home run, and a grand-slam in the series for Boston. The Red Sox will face the winner of the NLCS – the Brewers or Dodgers – in the World Series.