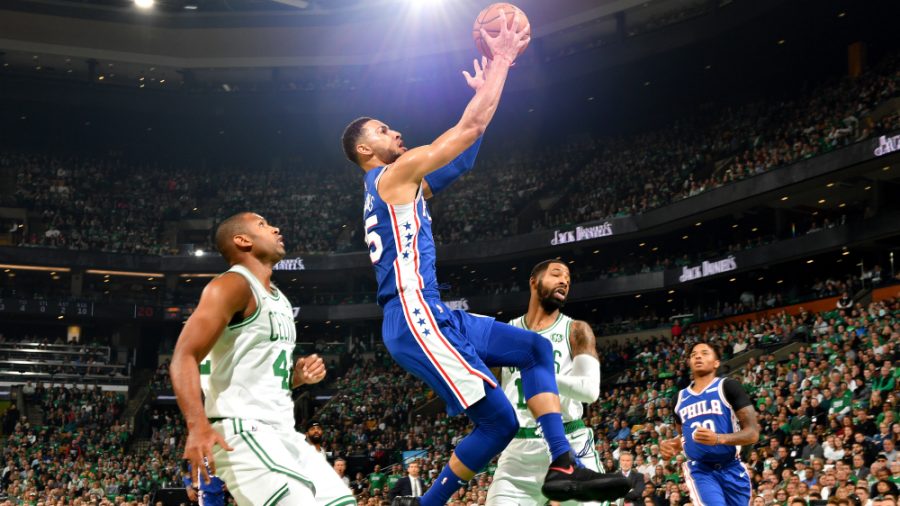 BOSTON, MA – OCTOBER 16: Ben Simmons #25 of the Philadelphia 76ers shoots the ball against the Boston Celtics during a game on October 16, 2018 at TD Garden in Boston, Massachusetts.

The Philadelphia 76ers got the 2018-19 NBA season underway in Boston against a Celtics team that’s heavily favored to win the Eastern Conference, and Boston proved the hype on Tuesday night. The Celtics, with now-healthy stars in Gordon Hayward and Kyrie Irving, as well as rising star in Jayson Tatum, dominated the Sixers en route a 105-87 win. Center Joel Embiid led the 76ers with a double-double, scoring 23 points with 10 rebounds and 2 assists. Point guard and rookie of the year Ben Simmons did his part with 19 points, 15 rebounds, and 8 assists. The Sixers will come back to Philadelphia for their home-opener against the Chicago Bulls on Thursday night.