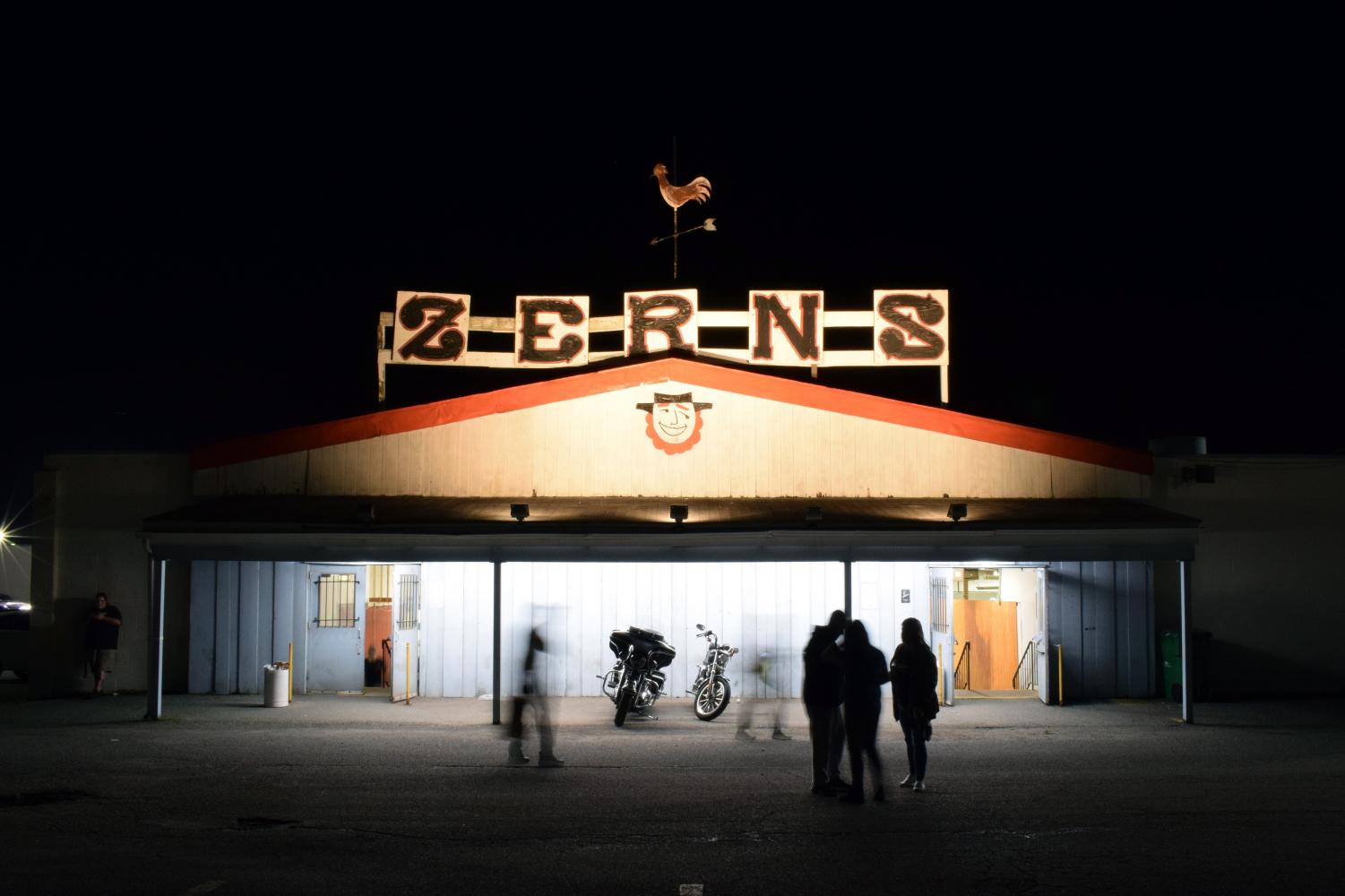 Zern’s Market, which including a myriad of rented spaces. It had shops for produce, cooking, jewelry, records, and more. (Jason Moyer)

Zern’s Market, which including a myriad of rented spaces. It had shops for produce, cooking, jewelry, records, and more.

End of an Era

Zern's Farmer's Market closed in September after serving the Boyertown area for almost a century.

As the sun began to set on the clear evening of Saturday September 29th, the sun was also setting on Zern’s Farmers Market, a beloved local business that has been around for 96 years. Having announced in May that they could no longer stay open, this was the final night open to the public.

Reminiscent of its heyday, people descended on Gilbertsville in droves. But while patrons came out of the woodwork to take part in the historic occasion, they couldn’t hide the grim reality behind it.

Empty and abandoned stalls dotted the crooked aisles, leaving some wings of the complex all but dead, a silent foreshadowing of the coming weeks. But about two dozen remained open for the last-night festivities, such as Romeo’s Nuts and Candies; Hofbrau Jr., selling sausages, pierogies and other Pennsylvania Dutch foods; and Stauffer Family Farms, with shiny red apples, crisp green beans and leafy lettuce.

According to BASH Junior Kristin Stauffer, whose parents run Stauffer Family Farms, business has been slowing down the past ten years, drastically dropping off the past three.

“We lost many of the staples at Zern’s over rent disputes or pointless things that could have been fixed,” Stauffer said, citing the withdrawal of Zimmer’s Pets and other large stands.

In addition to the loss of vendors over time, Zern’s has been suffering a decline lately due to other factors. Deb Weiser, a former BASH student who has been working her parents’ concession stand, Hofbrau Jr., for forty years says higher gas prices caused the initial jolt.

“We used to have regular customers who would come every weekend from New Jersey, Delaware and Maryland,” she said. “I also believe online shopping really hurt Zern’s.”

She also blamed the fact that the owner of Zern’s lived in Hawaii.

“She truly was ‘hands off’,” Weiser said. She says there was a “lack of attention to the facility and the parking lot as well as high rent charged to the vendors.” 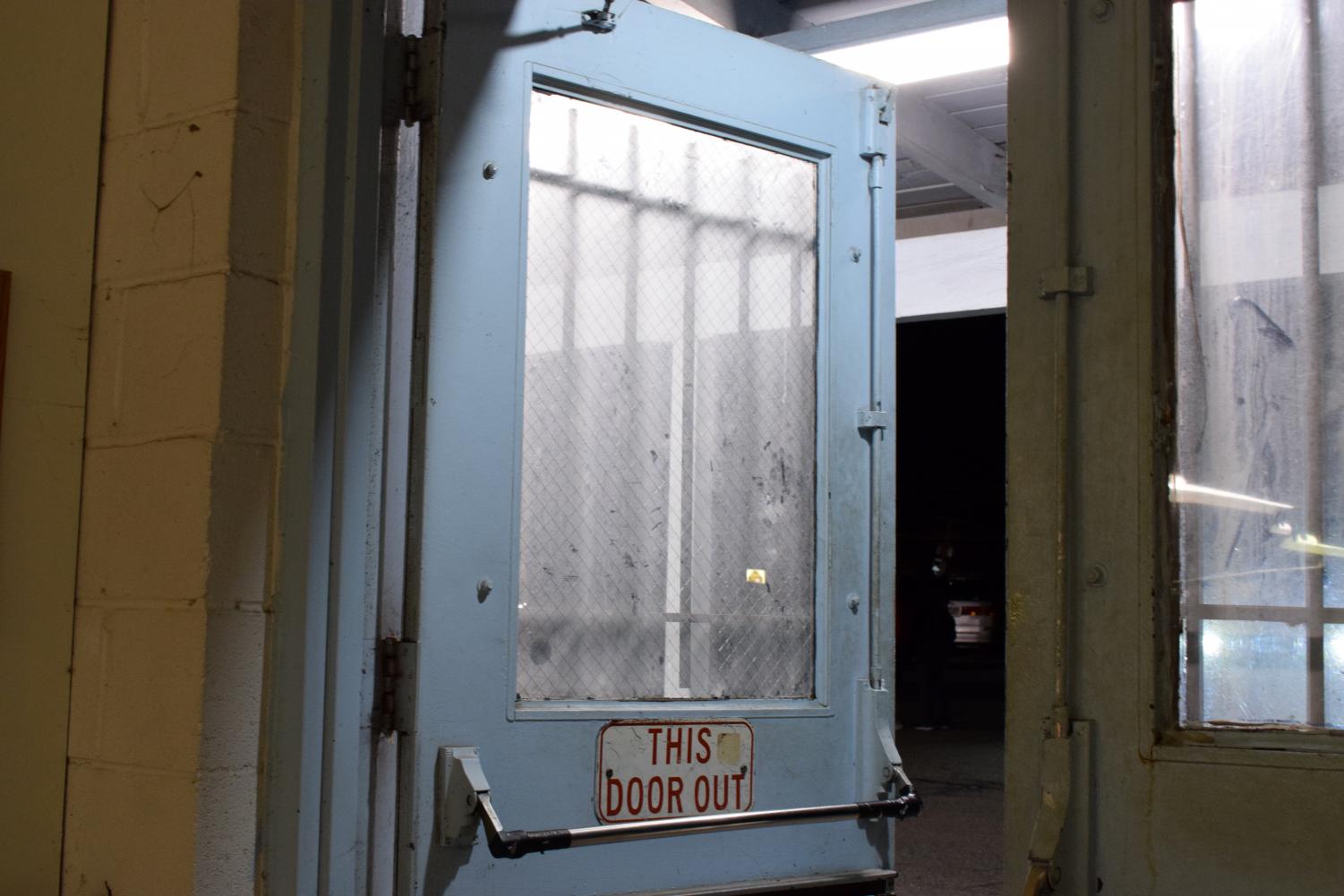 The deferred maintenance that Weiser describes was evident long before the announcement was made to pull the plug. The parking lots deteriorated severely, with multiple deep potholes developing. If one came inside on a rainy day, buckets and towels could be seen strewn across the floor futilely trying to catch the water dripping from the leaky roof. The strain on vendors was also becoming increasingly evident.

But on its final night, the old crowds came out to Zerns to “shop the thrifty Dutch way”.

“It was a fun, overwhelming, and exhausting day,” Weiser said after the event was over.  “I believe us being so very busy actually helped us deal with the emotions. We didn’t have time to be emotional or to socialize much at all because we had so many people to serve.”

Everywhere, the tight-knit group of vendors were discussing what their plans for the future were. Weidner’s Deli, another one of the last vendors standing, has a new location in downtown Boyertown to replace its stand. Some reported moving to Q-Mart, others to Renninger’s, and yet others still to Leesport.

For the true “Zernies”, the hardest part isn’t the loss of business, but the loss of a special bond between vendors, employees, and customers.
“Forty years is a life time!  I grew up at Zern’s and met wonderful people and made life-long friendships,” Weiser said. “We’ll miss seeing our regular customers and our fellow vendors.”

I have only been to Zern’s one time it was not really the type of environment that I like to surround myself in. It was nice but none of the shops had anything I was interested in. It seems to be the talk of the town though so it is sad that it is closing

A memory that I have of Zern’s is when I was younger, my church youth group went to Zern’s for a game. The game, in which I do not recall the name, was where our church leaders dressed in disguises and we needed to find them. The game overall was fun, but rather challenging because of how many people were there and all the moving around. There were also a lot of distractions such as the different stands, as well as the smell. Zern’s has been around for a long time, and a lot of different people have a lot… Read more »

When I was younger I had only gone to Zern’s a handful of times. My main thoughts were that it was a crowded, scary place that didn’t smell the greatest. I rediscovered Zern’s this summer and realized it wasn’t at all what I remembered. My favorite part was the auction in the back corner. My sister and I started going every month. We were very upset when we heard Zern’s was closing because we had finally come to appreciate it. It’s where I got some of my favorite rustic decorations. I will miss hunting for the perfect thing.

I remember going there one time when I was young, around 7. I went around and saw this Retro gaming store and saw all sorts of Nintendo games and Sega games. I loved the aesthetic of the store, it looked like an old Blockbuster or Hollywood video that I used to go to to rent games and movies, but for Retro games. Then this past year I went back to the store and saw this horror movie shop. I was fascinated and saw a bunch of Halloween masks, comic books, and toys. I love Halloween and to see that shop… Read more »

I have fond memories of zerns going back to1965 when I went with my grandmother and mother.it was the place to go on weekends and was crowded with people from all over