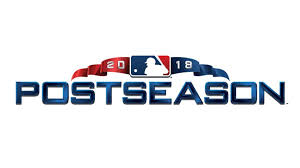 With the National League Wild Card game on Tuesday, and the American League Wild Card Game on Wednesday, the MLB Postseason is officially underway, as the Colorado Rockies and New York Yankees move on, while the Chicago Cubs and Oakland Athletics are sent packing.

The National League Wild Card Game lived up to the “Wild,” as it pitted 2 lethal lineups against one another in the Colorado Rockies and the Chicago Cubs. The game became a fierce pitching duel, as starting pitchers Kyle Freeland (COL) and Jon Lester (CHI) matched each other out-for-out, resulting in a 1-1 deadlock by the end of the 9th inning. The game would then go a Wild Card game record 13 innings before Colorado’s catcher Tony Wolters drove in the winning run in the top of the 13th inning, and the Rockies would walk away victorious, 2-1. As a result, the 2016 Champion Cubs are eliminated early, while the Rockies move on to play the Milwaukee Brewers in the NLDS.

The American League Wild Card game saw the New York Yankees, one of the richest and most successful franchises in history, go up against the Oakland Athletics- a team that exceeded all expectations after a dismal 2017, while working with one of the lowest payrolls in baseball. For Oakland, the incredible story would end Wednesday night as Yankees’ starter Luis Severino returned to his dominant early-season form, simply overpowering the Oakland lineup. The Yankees bats lived up to their hype as well, putting up 7 runs on Oakland, including home runs from Giancarlo Stanton and Aaron Judge. The New York Yankees will move on to the ALDS, to take on the Boston Red Sox in arguably the most anticipated playoff matchup of the year, rekindling one of the oldest and fiercest rivalries in all of sports.

The playoffs then move into the divisional series starting Thursday night, featuring the Rockies @ Brewers at 5:07, and the Braves @ Dodgers at 8:37 in the NLDS rounds. The ALDS begins Friday night, showcasing matchups between the Indians @ Astros at 2:05, and the Yankees @ Red Sox at 7:32. Each Divisional Series is best of 5.