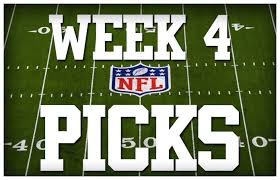 Prime Time Cub Round Up: This is going to be one of the best match ups all season as two legitimate Super Bowl contenders this season. Considering the Vikings took one of the worst losses last week to the Buffalo Bills, we both see the Rams coming out on top on this Thursday night match up.

Prime Time Cub Round Up: If Le’Veon Bell was involved in the game this would be a no brainer for the Steelers but that’s not the case. James Connor has held it down for Pittsburgh the past three weeks, but with a stacked front-seven for the Ravens, the Steelers will have to win through the air.

Prime Time Cub Round Up: Patrick Mahomes II has lit up the league by storm as he has thrown 13 touchdowns this season including a 6 touchdown performance against the Pittsburgh Steelers. He is the X-Factor for this game and he will determine how this game ends.