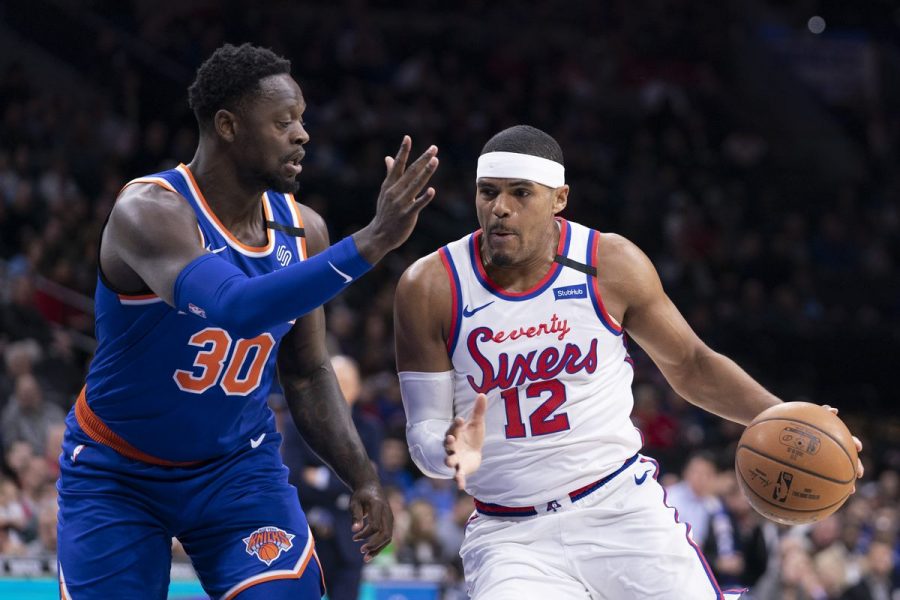 Sixers’ Tobias Harris put the team on his back on Thursday night with 34 points in the Sixers’ 115-106 win over the Knicks (Liberty Ballers).

In the 2nd game of a back-to-back on Thursday, the Sixers badly needed to flip the script after an awful game on Wednesday night. They’d need to turn to someone other than Embiid and Simmons, who’ve both been sidelined for the next week and potentially beyond due to injuries. Tobias Harris stepped up in the absence of the two, as he carried the Sixers to the 115-106 win over the Knicks.

The Sixers started out the game by pulling ahead early, gaining a lead they wouldn’t once lose for the rest of the game. They led 26-21 after the 1st quarter, and continued to consistently pour it on in the 2nd, giving Philly a 61-46 halftime. Out of the half, the Sixers let New York outscore them 33-26, but they still held a 87-79 lead going into the final frame, where the Sixers would easily put the Knicks away for the 115-106 win.

The Sixers needed to put their foot down in this one, and not risk letting a lowly opponent catch them by surprise. They managed to do this successfully, as the Knicks never, at any point, held a lead over the Sixers. The Sixers’ offensive output was carried primarily by Tobias Harris, who stepped up big-time in the absence of Embiid and Simmons. Harris finished the night with 34 points, 7 rebounds, and 7 assists, along with a steal and a block. With Embiid missing at least the next week, and Simmons at least the next 2 weeks, the Sixers will have to rely on nights like these from Harris. Shake Milton followed up his strong performance in Cleveland with another good night as well on Thursday, posting 19 points with 3 rebounds and 2 assists. The Sixers also need him to step up, as he’s filling in the gap at PG while Simmons remains sidelined. Al Horford had a strong night as well as the center in place of Embiid, scoring 15 along with 7 rebounds and 9 assists.

As far as injury updates are concerned, Simmons’ outlook remains the same, as he’s expected to miss 2 weeks with the injury to his lower back. For Embiid, MRIs yesterday showed no structural damage in the shoulder he sprained against Cleveland on Wednesday, which is obviously worth a sigh of relief. However, he is still expected to miss a week of action before being re-evaluated.

With the win on Thursday, the Sixers improve their incredible home record to 28-2, while their overall moves to 37-23. They remain in 5th place in the Eastern Conference, although they’re now tied with the Miami Heat for 4th, albeit with 2 more games-played than Miami. Their lead over the Indiana Pacers, who sit in 6th place, is just 1.5 games.

The Sixers’ next matchup is going to be far from easy, as they face the Clippers in LA on Sunday. The next week is going to be make-or-break for them, as they have a 4-game west-coast road trip. Their road record is a dismal 9-21, making for a tough upcoming week, especially without Embiid and Simmons.