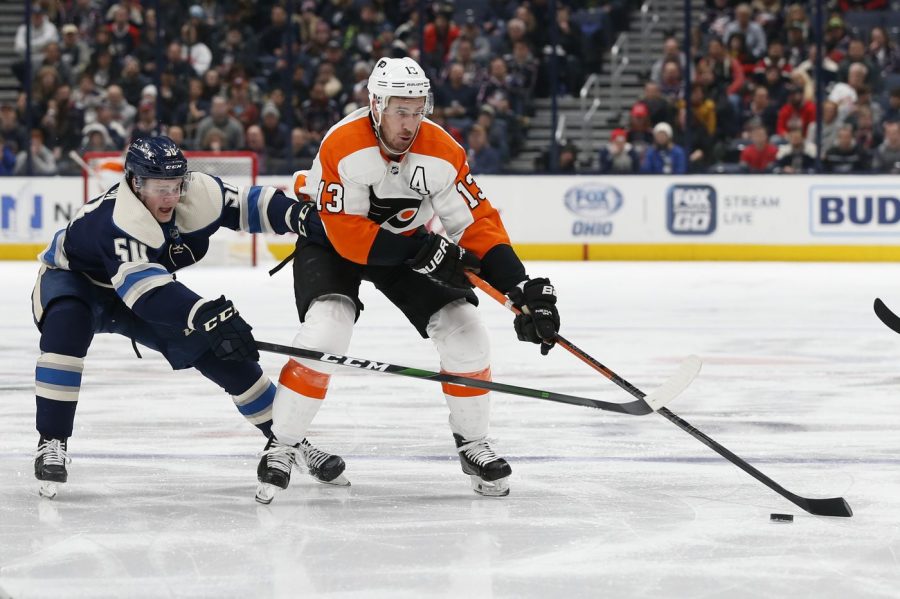 The playoff atmosphere is here early and in full force,  and just like Tuesday night, the Flyers were ready. After falling behind 2-0, the Flyers fought their way back for a huge overtime win to complete the season-sweep of the Columbus Blue Jackets on Thursday night.

As stated previously, it was a rough start for the Flyers, as Columbus’ Oliver Bjorkstrand scored just 41 seconds into the game. Flyers’ goalie Brian Elliot seemed to settle down after that, but still allowed another goal to Nick Foligno, putting Philly behind 2-0 after 9 minutes of play. However, the Flyers started to fight back 20 seconds later, as Travis Konecny netted his 21st goal of the season to make it 2-1, which would be the final score of the 1st period of play.

The Blue Jackets kept their foot on the gas going into the 2nd period of play, as Stefan Matteau scored for Columbus to make it 3-1 after 3 minutes into the 2nd period. Philadelphia seemed lifeless for much of the period, but suddenly something sparked 14 minutes into the period as Nicolas Aube-Kubel scored to make it a 3-2 deficit for the Flyers. A little over a minute later, Claude Giroux tied the game at 3 with his 17th goal of the season, and the score would stay locked through the remainder of regulation.

The Flyers and Blue Jackets exchanged 3 shots on goal each in overtime before Kevin Hayes stepped up in the clutch again, patiently weaving in towards the net and beating Columbus’ goalie Elvis Merzlikins, giving the Flyers a clutch win against a division rival. Not only that, Philadelphia secured the season sweep of Columbus with the win.

The Flyers hold a 2 point lead over the Blue Jackets for 3rd in the Metropolitan division, and trail the 2nd place Capitals by 5. They’re 34-20-7, and look to take on the Winnipeg Jets on Saturday.