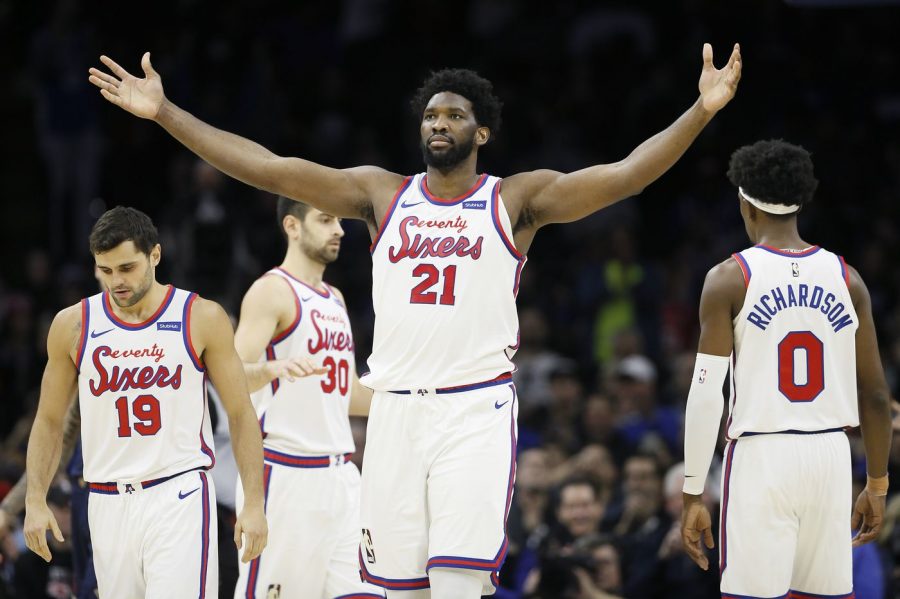 Sixers’ Joel Embiid scored 39 points, including clutch free-throws to send the game to overtime and give the Sixers the 112-104 win on Thursday (via Philadelphia Inquirer).

The Sixers opened the 2nd half of the season on Thursday night with a 112-104 overtime win against the Brooklyn Nets at the Wells Fargo Center. The Sixers came into the game 5th in the Eastern Conference at 34-21, while Brooklyn came in at 7th with a 25-29 record. Point-guard injuries were a big storyline leading up to the opening tip-off, as Brooklyn announced that Kyrie Irving was done for the season and needed shoulder surgery, while the Sixers announced Ben Simmons would miss the game with back tightness. Both teams would need someone to step up, and their depth would be tested.

The Sixers opened the game strong, going on a 22-6 tear early. Brooklyn would slowly work their way back to make it a 26-20 deficit after the 1st quarter. However, the momentum started in the 1st by Brooklyn carried into the 2nd, as Brooklyn countered Philly’s 22-6 run with a 44-8 run of their own to suddenly take a 52-42 haltime lead. It was a brutal turn of events for the Sixers, who suddenly looked to be struggling, and their lack of depth at the point-guard position looked to be the culprit.

The Sixers finally started to turn the momentum back in their direction out of halftime, outscoring Brooklyn 35-26 in the 3rd quarter to trail Brooklyn by 1 after 3. The 4th quarter was intense down the stretch, with players like Spencer Dinwiddie and Wilson Chandler stepping up in Kyrie’s absence for Brooklyn, while Joel Embiid carried the Sixers with help from Tobias Harris. The final minute of regulation made for a playoff-type atmosphere. With 30 seconds left, the Sixers trailed 103-101 after a crowd-silencing fadeaway by Spencer Dinwiddie for the Nets. However, Dinwiddie un-did his own work on the other end of the floor, fouling Embiid to send him to the line. Embiid cashed in on both free-throws to tie the game at 103. With 16 seconds left after the free throws, Wilson Chandler tried to get a game winning layup, but Embiid rejected him with a brutal block as regulation time expired.

The overtime was all Philly after Dinwiddie went 1-for-2 at the free throw line early in the extra frame. The Sixers rattled off 9 unanswered points in OT to secure the 112-104 victory, including tough baskets by new-Sixer Alec Burks and a clutch 3-point dagger by Shake Milton to put the game on ice.

Joel Embiid, despite appearing totally gassed in the 4th, put on his best performance of the season, with 39 points, 16 rebounds, 2 steals, and 2 blocks, highlighted by the 4 free-throws and clutch block late in the 4th quarter to send the game to overtime.

The Sixers improve to 35-21 and 26-2 at home with the win, and they face a tough match-up against the league-leading Milwaukee Bucks on Saturday.