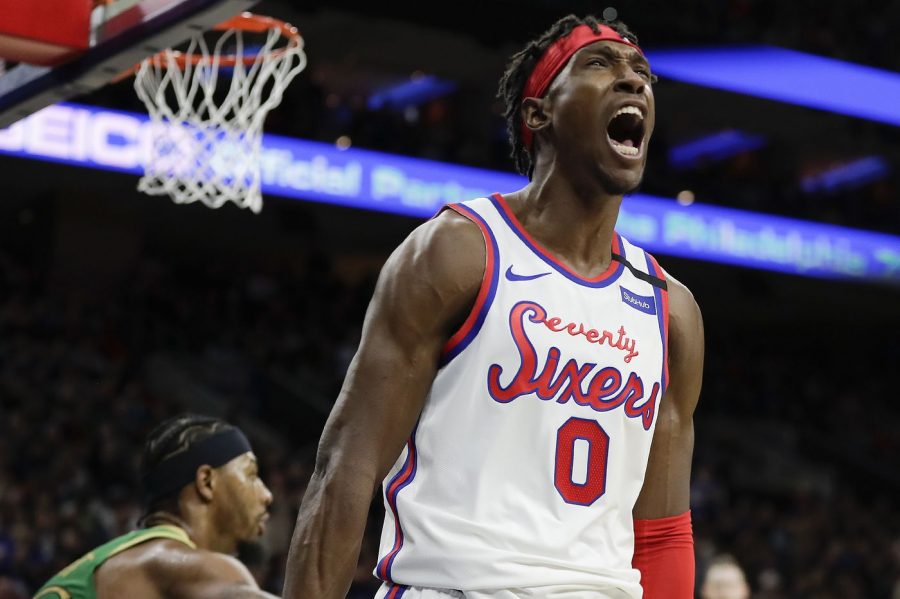 Sixers’ Josh Richardson led the team in scoring with 29 points as the Sixers beat the Celtics 109-98 on Thursday.

The Sixers have been the NBA’s most dominant team when they play at home on the Wells Fargo Center hardwood, and Thursday’s matchup against the rival Boston Celtics proved that once again, as the scuffling and injured Sixers clinched the season series against Boston by taking the comeback 109-98 victory.

With that being said, the rivalry between both teams has found a new spark in the last handful of seasons, as every matchup between them is a major event. With the season series and a rivalry on the line, however, the Sixers received a brutal blow, as Joel Embiid was announced out for several weeks with a torn ligament in his finger, requiring surgery. Just before a rivalry game like this, and the Sixers scuffling recently, this is easily the last headline the city of Philadelphia wanted to read. As if it’s any compensation, the Sixers did get rookie Matisse Thybulle, back from injury, in the lineup, who, despite not putting up crazy numbers, has been a key underrated piece for the Sixers, especially on defense.

The start of the game on Thursday looked as though the Sixers’ struggles were far from over, as they were outscored 35-26 after the first quarter, thanks to 11 points from Kemba Walker and 2 steals from Jayson Tatum. The Sixers started chipping away in the 2nd, but ended up trailing 55-48 at halftime. The Sixers continued their comeback efforts in the 3rd, narrowing Boston’s lead to make it 80-77. The 4th quarter then completely flipped the script, as the Sixers roared back to take the lead and never look back, outscoring Boston a whopping 32-18 in the final quarter, as the Sixers buried the Celtics 109-98.

The last month for the Sixers has been tumultuous to say the least, with apparent lack of chemistry, coordination, or inspiration. The absence of Thybulle could be felt on the defensive end especially, and the news of losing Embiid only made a tough situation even worse. But the Sixers demonstrated a level of grit and resilience on Thursday night that we’ve been waiting to see. The comeback effort was everything that hasn’t been there much this season, primarily pure inspiration and drive. Their weaknesses all still seem mental, evidenced by a dismal 7-12 road record, compared to an 18-2 home record. We’ll see if they can find something to turn around their road woes despite Embiid’s absence, as they take on back-to-back road games against strong opponents in the Dallas Mavericks and Indiana Pacers, two teams that have embarrassed the Sixers recently.