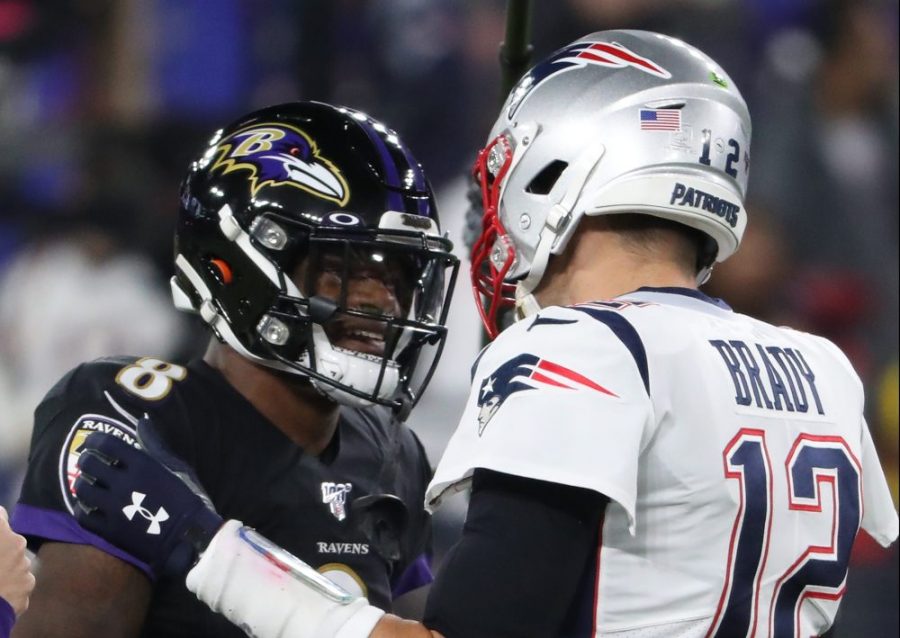 The Ravens were the first to get on the scoreboard with a touchdown from quarterback Lamar Jackson with 8:13 left in the first quarter. Later, with 2:32 left, Justin Tucker kicked a 3 point field goal for the Ravens.

The Ravens led the Patriots, 10-0 at the end of the first quarter. To start off the second quarter, the Ravens scored another touchdown by Gus Edwards at 14:06.

To start off the third quarter, Marlon Humphrey took the ball from the Patriots and ran it down to the end zone, scoring a touchdown for the Ravens at 12:21. To rally back, the Patriots then scored a touchdown by James White at 8:03. That concluded the 3rd quarter with the Ravens only leading 24-20.