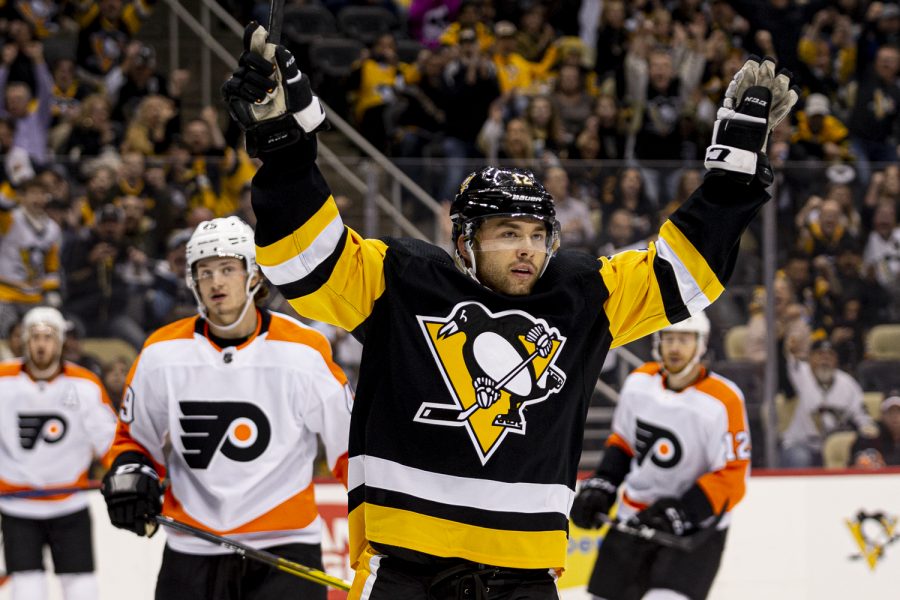 In the 1st period, the Penguins scored 4 goals against the Flyers goaltender Brian Elliot. Justin Schultz scored the first goal for the Penguins at 5:57 in the first period. The next 3 goals were scored by Jared McCann, Dominik Simon, and Sidney Crosby.

The Penguins led the Flyers 4-0 after the 1st period. In the 2nd period, at 16:40, the score became 5-0 with a goal by Jake Guentzel. Zach Aston-Reese than quickly scored yet another goal for the Penguins within 20 seconds later making the score 6-0 at the end of the 2nd period.

The coach for the Philadelphia Flyers decided to switch goaltenders and put in starting goaltender Carter Hart for the 3rd period. In the 3rd period, the Flyers finally got on the board at 1:57 with a goal by Oskar Lindblom.

This was the only goal for the Flyers.

It was a pretty dull period, but with 6 seconds remaining in the game, Dominik Kahun scored the final goal for the Penguins. The final score of this game was 7-1; Penguins took the win.

The Penguins led the Flyers in shots on goal 37-30. It was a messy game for Philly.