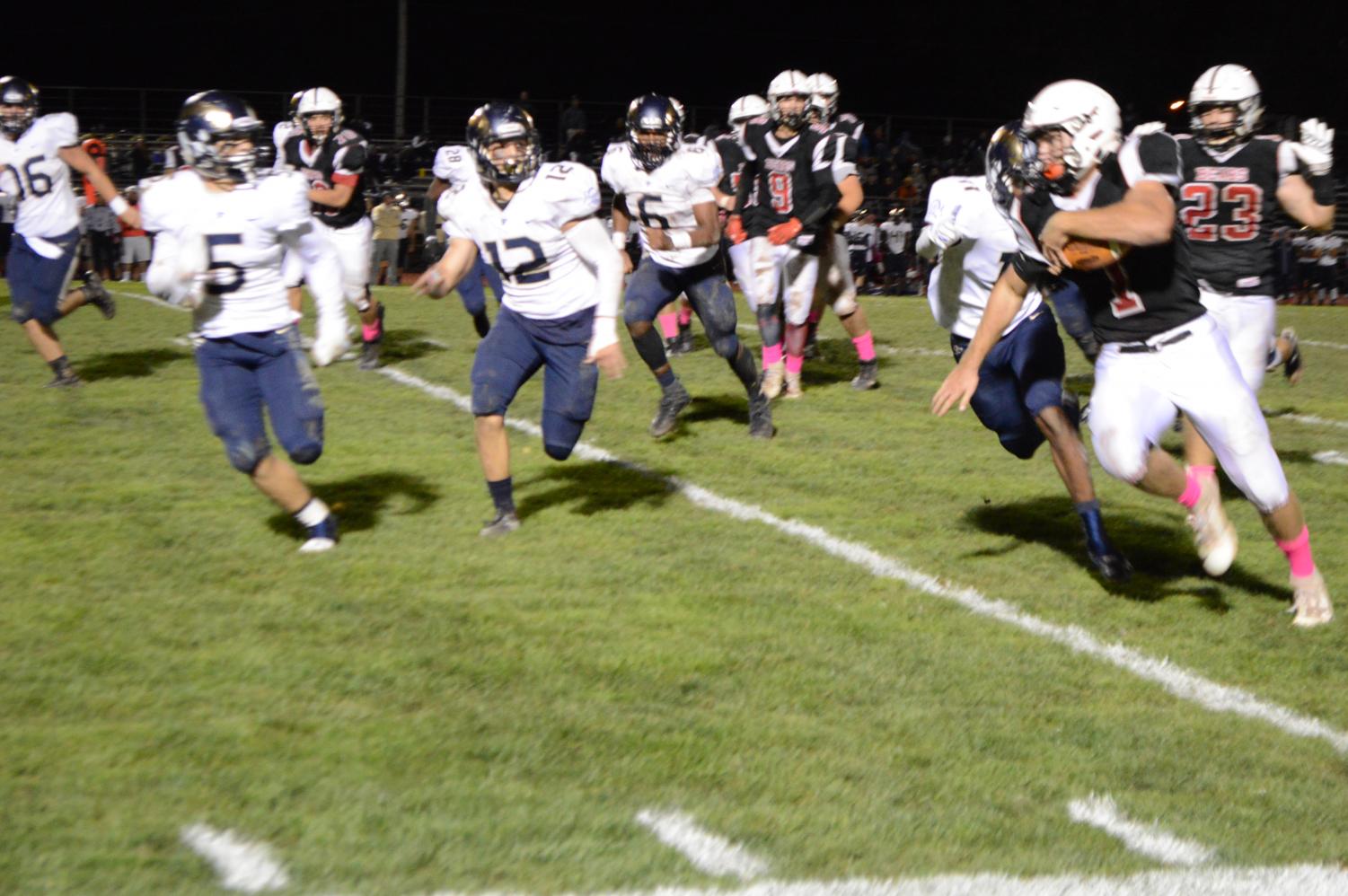 Jamie Moccia running with the ball; Springford and Boyertown have a long-held rivalry. (Jocelyn Lear)

Jamie Moccia running with the ball; Springford and Boyertown have a long-held rivalry. 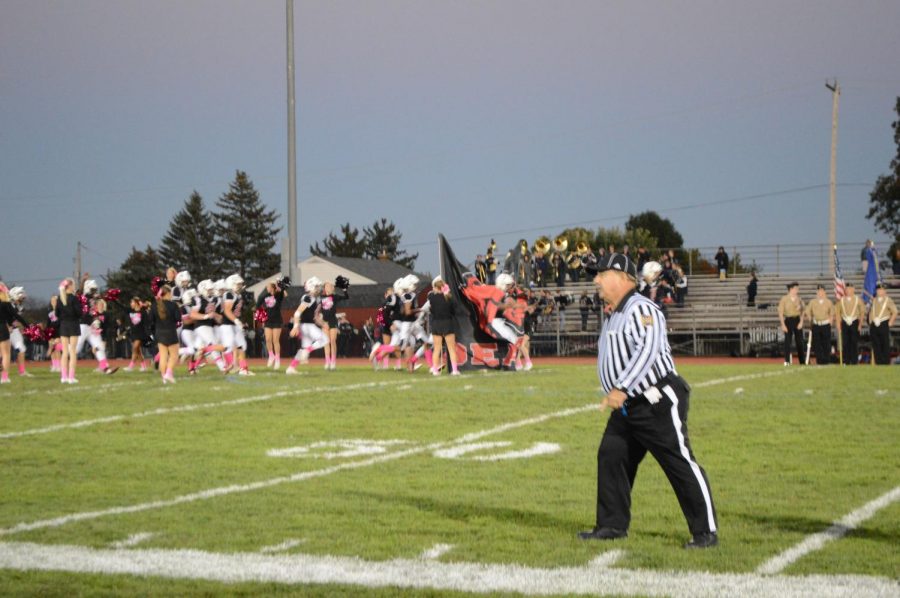 Gallery|47 Photos
Jocelyn Lear
Football players run through the "Bears" banner, a tradition to amp up both the players and the crowd.

Despite Boyertown’s Homecoming game ending in a loss of 55-20 against Springford, school spirit has never been higher at BASH.

The night began with warm-ups from both Boyertown and Springford, as Boyertown burst through the “Bears” banner, building up excitement.

NJROTC performed the moment of silence, carrying the American flag out onto the field. 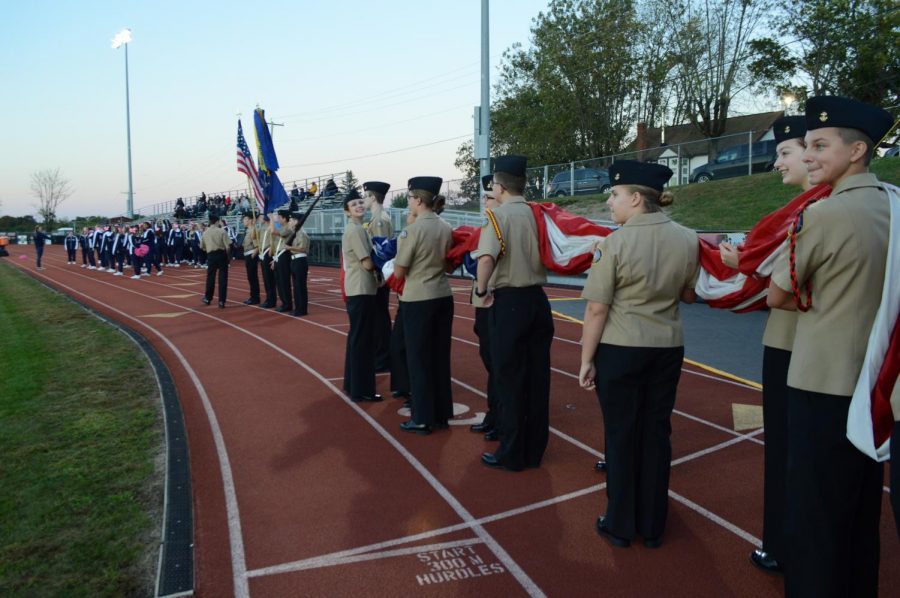 Gallery|5 Photos
Jocelyn Lear
NJROTC prepares to begin the game with the moment of silence.

Highlights of the night were the three touchdowns scored by Mason Marinello and Jamie Moccia during the first quarter, with the celebrations following showing Boyertown’s strength and pride. Sean Irey was welcomed back to Boyertown as an honorary Captain for the night.

Springford lost a player to a serious injury during the first quarter, and Boyertown lost Connor Rohrbach later on, who sat on the sidelines and rested following a bad tackle.

During halftime, the BASH Marching Unit and Color Guard showed off a fiery and exciting performance. 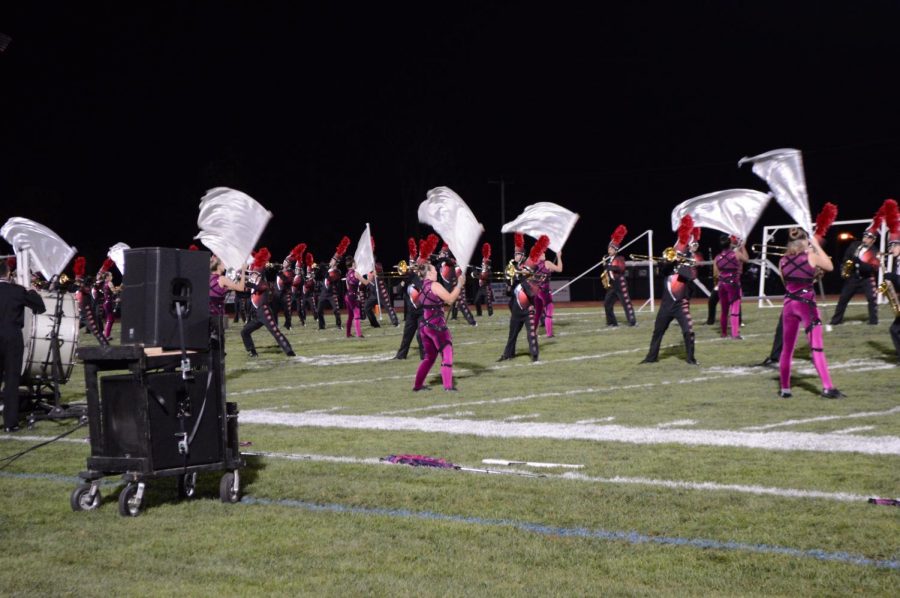 A main event for most students is the crowning of the Homecoming Queen; this year, Alexa Walter won the honor.

Princesses Francesca Calautti, Kaylianna Collazo, Anna DeRafelo, Jazmyn Rothfelder, and Alexa Walter all walked out on field in stunning floor-length dresses, dazzling the crowd and bringing thunderous cheering and applause. They were escorted by either their father or mother. 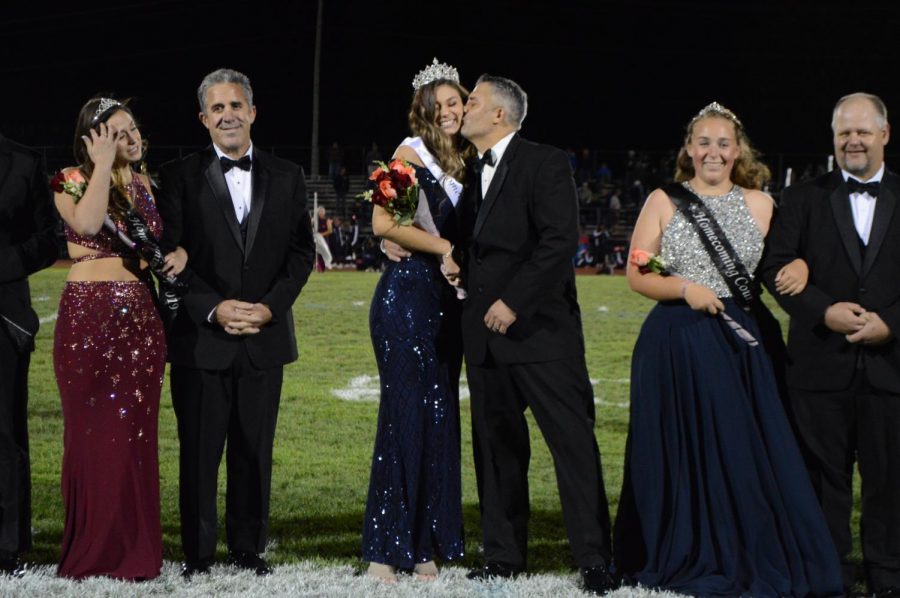 Cheerleaders and students stood and sat for hours in the cold October air, supporting the Boyertown Bears Football team. 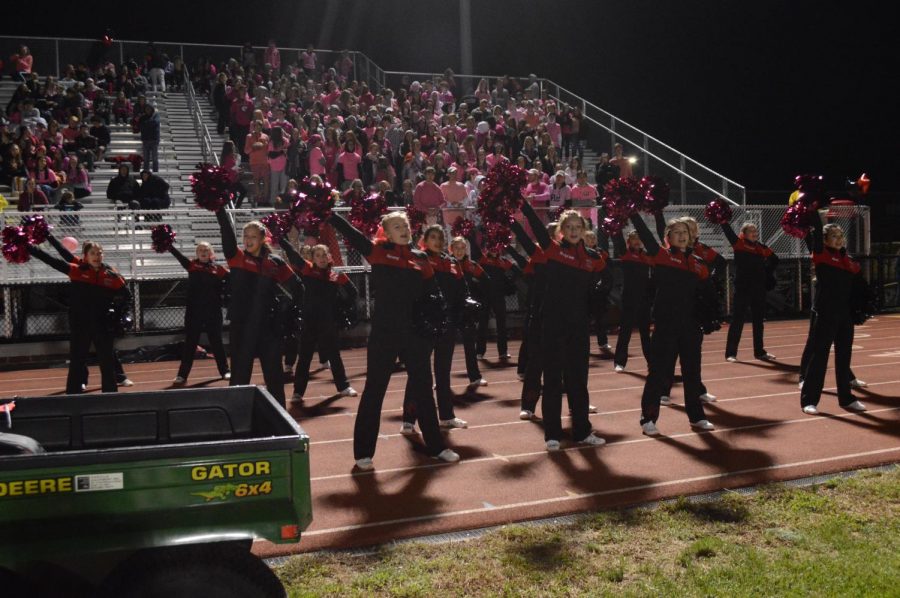 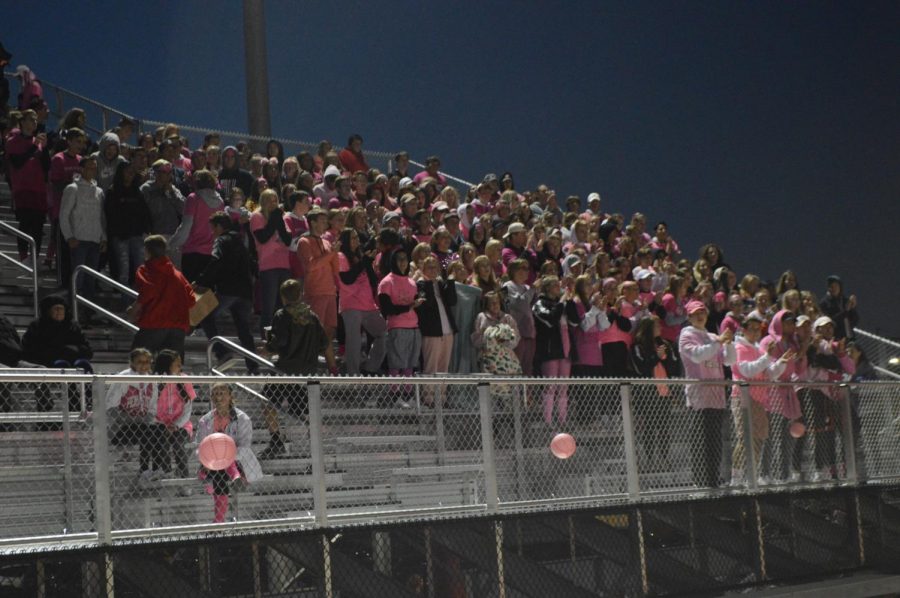