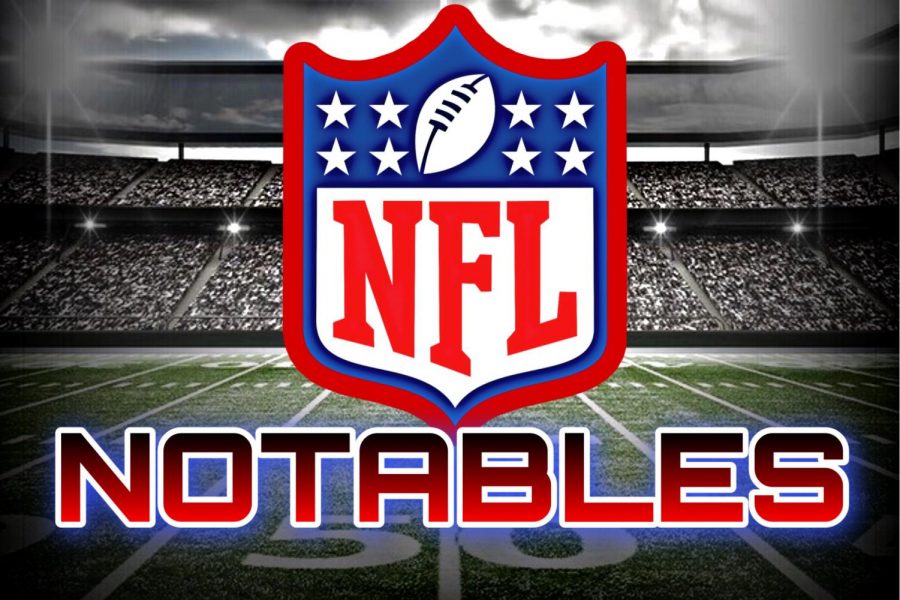 Going into the first game of the season between NFC North rivals, we at least expected the Bears’ defense to be a headline, but a defensive jam between the two teams wasn’t as anticipated. The Bears were the favorites to start the season in the win column, but instead the Packers walked away with a 10-3 win. The lingering question after the game is: is the Packers’ defense that good, or is the Bears’ offense that bad? The answer is going to take a few weeks to be resolved. Bears’ QB Mitch Trubisky is still trying to prove himself as a legitimate NFL quarterback in his 3rd season since being drafted 2nd overall in 2017, over the likes of star QB Patrick Mahomes in the same draft, and Thursday’s game didn’t help his case. While he tallied 228 passing yards, he only made 26 completions in 45 attempts, including an interception to seal the game, and failed to score a touchdown, while being sacked 5 times. The Bears face a potentially weaker team in the Broncos in week 2, which will be a chance for Trubisky to get some momentum. The Packers hope their defense is as strong as it appeared in week 1, as they face the division rival Vikings in week 2, who came away with a win against the Falcons in week 1.

The battle between NFC East rivals, the Eagles and the Redskins, was panning out to be the exact opposite of the game we expected, as the Redskins jumped all over the seemingly lifeless Eagles in the 1st half of Sunday’s game in Philadelphia. The Redskins’ shocking start to the game was sparked by an unreal 48-yard touchdown for Vernon Davis. Despite a 51-yard touchdown from Carson Wentz to DeSean Jackson in the 2nd quarter, the Eagles went back to the locker room at halftime to hearty boos from the Philly fans, as they trailed 20-7 after 2 quarters of play. However, after a D-Jax speech during halftime, the Eagles came out with new life, turning the tables on the Redskins as the Eagles roared back to take a 21-20 lead as the 3rd quarter came to a close. In the 4th quarter, the Eagles would manage to add some insurance, which would prove crucial as Washington managed one more scoring drive just before time expired. Eagles’ receivers DeSean Jackson and Alshon Jeffery had big days, each scoring 2 touchdowns. Jackson totaled 154 yards, proving himself to be a deep threat as Carson Wentz connected with him for 51 yard and 53 yard touchdowns. Carson Wentz had a big day himself, totaling 313 passing yards and 4 touchdowns with no interceptions. The Eagles look to improve to 2-0 against the Falcons in week 2, while the Redskins aim to bounce back in a tough matchup vs the Cowboys.

The rivlary between New England and Pittsburgh is nothing new, but it’s gained major intensity since the teams last met, a game in which the Steelers beat the Patriots 17-10 for the first time since 2011. Since that game, the Steelers have missed the playoffs, watched Le’veon Bell walk away, conceded to Antonio Brown’s trade request, and have suffered the death of beloved recievers’ coach Darryl Drake, effectively making them underdogs for the first time in a long time. Meanwhile in New England, since that loss to the Steelers, they’ve tied the Steelers’ record for franchise Super Bowl wins, and signed former Steeler, Antonio Brown, to a contract. The Steelers hoped the underdog mentality and pure hatred for the Patriots would make for a good game, but it ended up being anything but that, as the Patriots crushed the Steelers 33-3. Patriots’ Tom Brady continued his usual dominance, racking up 341 yards, went 24/36 on completions, passed for 3 touchdowns, didn’t allow an interception, and only got sacked once. Meanwhile for the Steelers, Ben Roethlisberger went 27/47 on pass attempts, didn’t score a touchdown, totaled 276 yards, and got sacked and intercepted once. New England stifled the Steelers’ running game, only allowing running back James Conner 21 rushing yards. In fact, Big Ben was 2nd in rushing yards behind Conner with just 7. Pittsburgh will look to rebound against the Seahawks, while the Patriots look to play arguably the worst team in the league right now in the Miami Dolphins.

Just looking at the two teams doesn’t elicit much excitement, and the 1st quarter reflected those expectations as both teams failed to score. However, Detroit woke up in the 2nd quarter, as the Lions started off early with a field goal, and would strike again on 2 touchdowns, one 47-yard score by Danny Amendola, and a 9-yard touchdown to Kenny Golladay. Arizona countered with a field goal, but trailed 17-3 at halftime. The 3rd quarter was nearly a mirror image of the 1st, with both teams failing to make any progress, with the exception of another Arizona field goal to make it a 17-6 game. Just 13 seconds into the 4th quarter, TJ Hockenson scored on a 23-yard touchdown pass for Detroit to make it a 24-6 game. Arizona refused to roll over though, as they would turn around and stage a wild comeback, starting with a field goal, followed by a 27-yard passing TD to David Johnson. With 43 seconds left on the game clock, Larry Fitzgerald caught a 4 yard pass from Kyler Murray to suddenly make it 24-22. With no other choice, the Cardinals opted for the 2-point conversion, and managed to convert, making it a 24-24 game with 0:43 left in regulation. Overtime wouldn’t be enough to decide a winner, however, as the Cardinals and Lions traded field goals, ending the game in a 27-27 tie. The real focus of this game was always mainly on one thing, and that was how Kyler Murray would perform in his NFL debut. He finished the day with a ton of attempts, making 29 completions on 54 attempts. He totaled 308 yards with 2 touchdowns, 1 interception, and 5 sacks. While Murray didn’t have a bad debut at all, he’ll be faced with a tough task as the Cardinals play the Ravens and their top-of-the-league defense. The Lions, meanwhile, will look for the first win of the season against the Chargers.

Both of these teams had something to prove coming into week 1 of the 2019 season. For the Colts, they had to prove they can still win with Jacoby Brisset at QB following Andrew Luck’s retirement. For the Chargers, they had to prove their offense can still operate despite Melvin Gordon’s ongoing holdout. Both teams put on strong performances on Sunday despite these factors, as it ended in an overtime victory for the Chargers. Chargers’ running back Austin Ekeler, filling in for Melvin Gordon, started what would be a big day for him with a touchdown to open the scoring, putting the Chargers up 7-0 with 2:55 left in the 1st quarter. The Colts responded in the 2nd, as T.Y. Hilton scored the touchdown for Indianapolis, however, Adam Vinatieri missed the extra point, as the Chargers maintained a 7-6 lead. The Chargers would quickly strike back, as Philip Rivers connected with Keenan Allen for the 28-yard touchdown to make it 14-6 Los Angeles. With a minute left in the first half, the Chargers tacked on a field goal to take a 17-6 lead into halftime. The Colts started chipping away out of the half with a field goal to make it 17-9, however, the Chargers swung right back again, as Ekeler scored his 2nd touchdown of the day on a 55-yard pass from Rivers to give the Chargers a 24-9 lead. Indianapolis still wouldn’t go away, as Colts’ running back Marlon Mack took off for a 63-yard run for the touchdown to make it a 24-16 Chargers lead as the 3rd quarter came to a close. Both teams suddenly quieted down on offense for most of the 4th quarter, until the Colts made a late drive to try to tie the game. With 38 seconds left in regulation, T.Y. Hilton scored his 2nd touchdown of the day to make it a 24-22 lead for the Chargers. Naturally, Indianapolis had to go for the 2-point conversion, and Marlon Mack succeeded to make it a 24-24 tie at the end of regulation. After blowing the lead, however, the Chargers would have the last laugh, as Austin Ekeler scored his 3rd touchdown of the afternoon on a 7-yard run to win the game 30-24. Austin Ekeler, filling in Melvin Gordon’s role, finished the day with 3 touchdowns (1 rushing, 2 receiving), along with 58 rushing yards and 96 receiving yards. Keenan Allen led the Chargers in receiving yards with 123. Philip Rivers had a phenomenal afternoon, going 25/34 with 333 yards and 3 touchdowns with just 1 interception. Jacoby Brisset had a surprisingly strong start as well in place of the now-retired Andrew Luck, going 21/27 with 190 yards, 2 touchdowns, and no interceptions. Marlon Mack led the team in rushing yards with a strong 174, and T.Y Hilton scored 2 touchdowns for and 87 yard day.

Although it didn’t start out as one, Monday night’s game between the Houston Texans and New Orleans Saints ended up being a thriller, as the Saints edged the Texans on a walk-off field goal. The game started slow, as both teams failed to generate any scoring in the 1st quarter. Texans’ quarterback DeShaun Watson broke open the scoring himself on a wild 21-yard touchdown run to make it a 7-0 Texans’ lead. New Orleans countered with a field goal to make it 7-3, only to have Houston fire right back as DeAndre Hopkins scored to make it 14-3 Texans going into halftime. The Saints would open up the 3rd quarter scoring on a 30-yard run by Latavius Murray to make it a 14-10 game, but once again DeAndre Hopkins and the Texans answered right back as Hopkins hauled in a 16-yard touchdown pass to make it 21-10. The Saints certainly weren’t going to go away, as they closed out the 3rd quarter with a touchdown by Taysom Hill to make it a 21-17 deficit. The Saints would only gather more momentum; they struck again 5 seconds into the 4th quarter as Drew Brees found Tre’Quan Smith with a 16-yard touchdown pass to give the Saints the 24-21 lead, their first lead of the night. With 50 seconds left, the Saints tacked on another field goal to seemingly put the Texans away with a 27-21 lead. However, DeShaun Watson and the Texans’ offense stormed back as Watson connected with Kenny Stills for a 37-yard touchdown pass to give the Texans a 28-27 lead with just 37 seconds left. The Saints’ offense managed to get the ball back just close enough for Will Lutz, as he dramatically drilled the 58-yard, game-winning field goal as time expired, giving the Saints the close 30-28 victory. Drew Brees finished the night 32/43 with 370 passing yards with 2 touchdowns and 1 interception. WR Michael Thomas tallied 123 passing yards despite not scoring. For Houston, Watson had a strong game, going 20/30 with 268 passing yards and 3 touchdowns, with 1 interception. His O-line did allow 6 sacks, however. DeAndre Hopkins led Houston’s receiving game with 111 yards and 2 touchdowns.