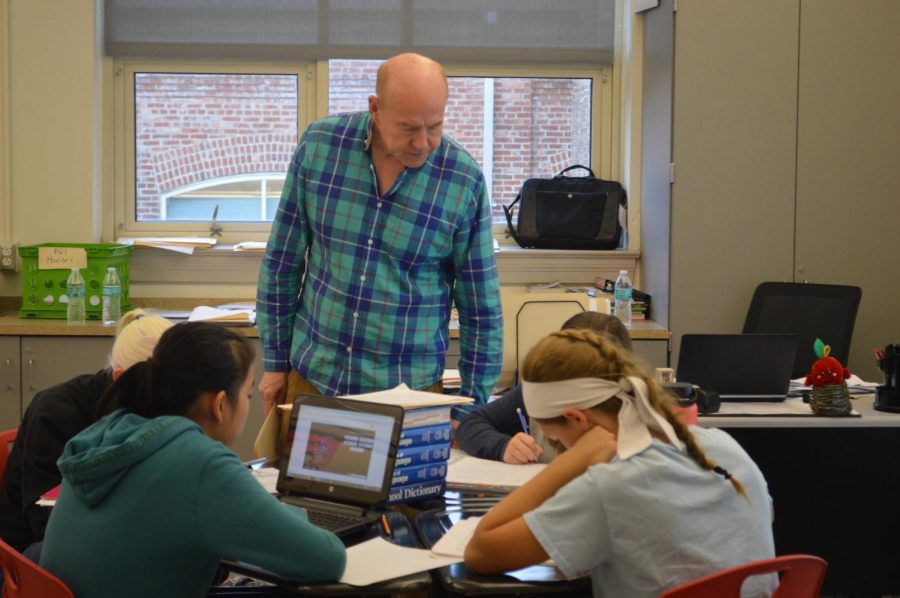 Ninth and 10th graders are not the only ones who had to adjust to a new school this year.

With the addition of almost 600 9th graders to the school, a number of new teachers also were transferred from the district’s middle schools. Just like students, they have had to find their way around a new building and adjust to a new workload.

“The high-school is so much bigger than the middle school, and with that there is also way more stuff to do,” said 9th grade English Teacher Mr. John Phelan, who came from Junior High West.

Ninth grade American studies teacher Mr. Michael Constantino, who came from Junior High West, said he has had to adjust to working with a bigger staff and classes.

“There’s a whole lot more students,” he said, “and it’s been difficult trying to learn all of the teachers names.”

Mr. Phelan said many changes have been positive. At the junior highs, the flex period was at the end of the day, but at the high school it is between 2nd and 3rd period.

“I like having earlier flex,” he said, “because the students are more receptive.”

Since the 9th grade teachers are in the newly renovated Freshman Annex Building, the classrooms have new technology, such as improved Smart boards and projectors.

“The electronics are also a lot better at the high school,” Mr. Phelan said.

Mr. Constantino also likes being in a renovated building.

“The best part about the high school is definitely air conditioning” he said jokingly.” It makes up for my great parking spot at West.”

English Teacher Mrs. Melissa Cherkasky, who came from Junior High East, said the technology was pretty much the same there.

“At East, all my students had computers and I had the projector already.”

However, she does like her classroom on the third floor of the FAB.

“I love my new classroom space with windows,” she said. “At East, I only had one window; now, with multiple windows, my room is more cheery and bright.”

Like the students, teachers are getting more used to the high school over time.

“It’s a change, and with every change comes a need for adjustment,” Mr. Phelan says. “Although I’ve had to adjust a lot, I still really enjoy being here at the high school.”