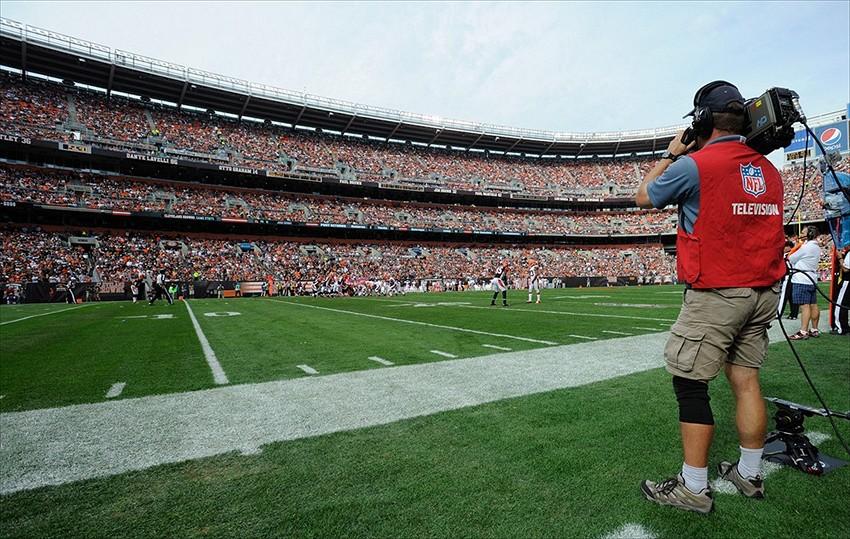 The nation's most popular sports league has experienced an unexpected decline in television ratings this season, thanks to a combination of causes.

Sunday afternoons, I sit on the couch, eyes glued to the television.  Watching the NFL has always been a tradition at my house.  However, this season, watching football is just not as exciting.  Every time there is a big play, it seems there is also a flag down somewhere on the field.   I’m not the only one who has noticed a change in the game.  Through the first seven weeks of the season, NFL television ratings have dropped by an average of 14 percent compared to last season.  Prime time games have seen the biggest decline, as Thursday Night, Sunday Night, and Monday Night football ratings have all decreased by around 20 percent.  The excessive rule-calling is not the only reason fewer people are watching football, but it’s not helping the problem.

The World Series also took viewers away from football, as the Cubs victory in the Fall Classic was 108 years in the making.  Game Seven of the series had just over 40 million viewers, the sixth most watched television program of 2016, according Nielsen.  Game Five was the second most watched game of the series and competed directly with Sunday Night Football.  Over 23 million people tuned into the World Series, compared to the 18 million that watched “America’s team”, the Dallas Cowboys, battle the Philadelphia Eagles.  Overall, the 2016 World Series was the most watched series in twelve years.

The NFL can’t do much about its competition, but it can control an important aspect of its games —  the officiating.   There have been new rules instituted over the past few years to increase player safety, resulting in more penalties.  Rule changes for the 2016 season include the outlawing of all chop blocking, a blocking technique where the offensive player targets the defender’s legs and tries to upend the defender.  The horse collar personal foul was also expanded to include all areas of the jersey above the nameplate.  In addition, excessive celebration penalties have seen a huge spike.  According to the league, they have not instituted any new rules, but rather emphasized pre-existing ones in an effort to prevent altercations between players.  “The clampdown has annoyed many fans, who have trotted out the old criticism of the N.F.L. as the ‘No Fun League’.”  Through the first four weeks of the season, taunting penalties were up 220 percent and unsportsmanlike penalties were up 56 percent from the previous year, as both are fouls attributed to celebrations.  All in all, the increase in flags make the game slower and more sluggish.

People’s changing lifestyle and the changing TV market may have something to do with the NFL’s ratings as well.  The NFL is over-saturating the television market with games on Sundays, Sunday nights, Monday nights, Thursday nights and occasionally Saturday nights.  With the expansion of the NFL International Series, on certain Sundays the football starts at 9:30 A.M. EST, and may not end until 11:30 or midnight.  In today’s busy world, many people no longer have time to watch football for 14 hours on a Sunday.  Instead, people are finding time to watch their favorite team, as the nationally televised NFL games have seen a larger drop in ratings than regionally televised games.  Another factor is the growing popularity of NFL RedZone, an NFL program that displays every touchdown from every game on Sunday afternoons commercial free.   Furthermore, the increase in available highlights through fantasy football and social media has helped fans stay connected without consuming a lot of their time.

The television industry is changing as well.  Many people have decided to “cut the cord”, and watch their favorite shows through Netflix, Hulu and other services.  The NFL relies heavily on cable and satellite TV for their broadcasts.  Last year, the NFL broadcasted an International Series game in London live on Yahoo!, marking the first time the league broadcast on a worldwide web digital platform.  This season, 10 of the Thursday Night Football games will be simulcasted on Twitter.  But so far, viewership numbers on Twitter have been lower than expected.

A mixture of components has caused the NFL television ratings to drop this season, and they will continue to decrease unless the NFL can combat some of the underlying causes.  As I continue to watch football as winter sets in and the playoffs inch closer, I will always be anticipating that thrilling play that changes the game in a matter of seconds.  However, there remains a fear that each play has a chance to be nixed by some dirty laundry on the field.