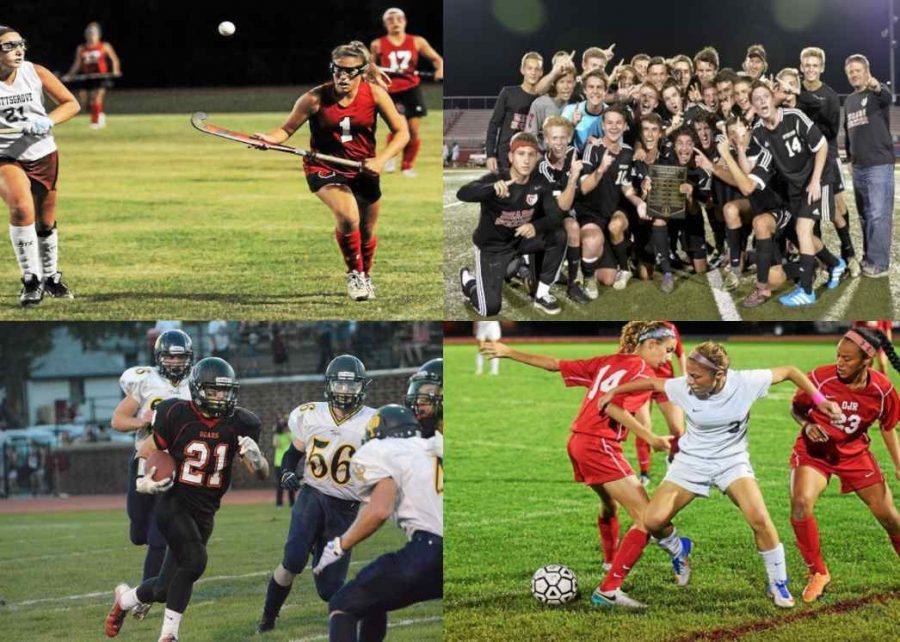 The Lady Bears ended their season just under the .500 mark, barely missing the playoffs.

Senior and PAC all-conference nomination Tiffany Diachinsky finished the season near the top of the PAC in scoring, with 10 goals and 8 assists.  Senior and sixth ranked goalie in the state Kaitlyn Berger ended the season with a save percentage of 82 percent, blocking 116 of 144 shots. The bulk of the varsity roster will be graduating this spring, as sixteen seniors are moving on from their Boyertown field hockey careers.

Although  football had a tough season overall, there were a few exciting close games. The team’s wins came against Pottstown, Upper Perk, and Methacton. The 21-14 Pottstown win was “very emotional,” Senior Defensive Tackle Eddie Wagner said. Team morale was not the best, admitted Senior Defensive End Pat Ricci. “It was a good season, but it gets tough when you can’t get the team under control,” he said. Ricci was among the team’s strongest players, alongside QB Junior Jerry Kapp, who threw 13 passing touchdowns. Senior Hunter Voegels was also strong at running back and linebacker. Longtime Coach George Parkinson resigned at the end of the season, so the Bears will start fresh next year.

The Cross Country runners had a good season overall. Juniors Dominic DeRafelo and Josh Endy were the team’s top competitors. DeRafelo made it to states and was 176th overall. Sophomore James Sahakian said, “The reason we sit at the record we do is because of all the hard work that we put in.” Cross Country Coach and Science Teacher Mr. Ryan Knox said the team’s makeup means it will only grow better. “This year we had a good mix of junior talent and underclassmen to support them and continue to build the team.”

The boys golf team had a rocky season, finishing in 8th place in the PAC. The Bears started the season with a slow start, but began a comeback. Unfortunately, the boys continued to struggle and weren’t able to recover. They finished the season with a record of 3-6.

The girls golf season was similar to the boys. The team finished in 6th place in the PAC-10. The girls started off well by winning two of their first three games. However, the girls were unable to remain consistent as they would only win one more game. Junior Savannah Haas and Senior Katie Goida were the team’s strongest golfers.

The boys soccer team had a very successful season. They were the third best for scoring in the whole PAC-10 and No. 1 overall in the league. In the post-season, they made it to districts, but lost to Lower Merion. Senior Midfielder Ryan Burkhardt was the top scorer on the team with 11 goals. “Overall the season was a success.  It was not the start to the season we had in mind, but persevered through it,” senior Erik Recke said.  “The team showed a lot of character, as each person on the team contributed to making it actually happen.”

The girls soccer team also had a strong season. They scored a total of 28 goals for the entire season, which put them in 3rd best for scoring. However, they lost in the second round of districts to Pennsbury.

Although the the Lady Bears started strong, winning their first game, they had a rocky season overall. A contributing factor was that they had to play all their games away, since they were without a home court due to construction. The team also had a substitute coach, Math Teacher and Boys Tennis Coach Mr. David Burkert, because Science Teacher and Coach Mrs. Donna Laskosky was on maternity leave. Mr. Burkert said the girls were “real troopers” about the court situation: “Every match we have is an away match,” he said. On the bright side, the girls tennis team did have some great wins, including 5-2 at Pottsgrove, as well as 5-0 against Pottstown.