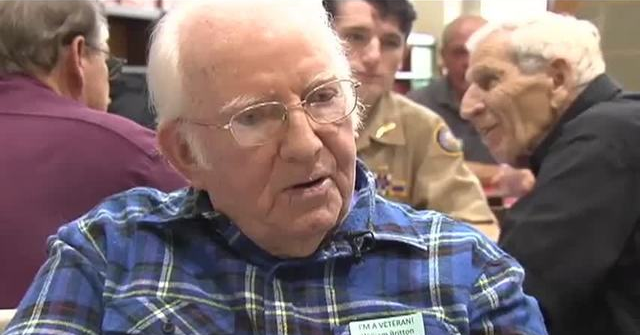 91-year-old Bill Britton, who dropped out of high school to enlist in WWII, received his diploma during BASH Veteran’s Day activities.

91-year-old Bill Britton, who dropped out of high school to enlist in WWII, received his diploma during BASH Veteran’s Day activities.

Veteran’s Day activities – when veterans gather at the high school for a luncheon and to tell their individual stories to classes —  are usually inspiring for students.

This year’s event was extra special because a veteran who attended BASH in 1944 but had to drop out of high school to join the war received his diploma.

“We didn’t wait,” he said. “My buddy Paul and I got together and off we went.”

He saw a lot of action in the war.

“We were there right on D-Day,” he said. “I’m just glad that I made it back in one piece.”

In all, 70 veterans came to the annual event.

History Teacher Mr. Steven Bleiler, who helped organize  the event, said this year they tried to work more with students who have connections to veterans.

“We’ve been trying to pair up as many students with family members as possible,” he said.

In addition to the luncheon, 35 people — veterans, students and teachers — participated in a push-up contest. The winner was Physical Education Teacher Mr. Adam Lieb with 149 push ups.

Barry West was among the Army veterans who came for the lunch and to speak to social study classes.  He served from 1967-1969, spending one year in Vietnam.

“I did a lot when I was there. Flyed Door gunner, secret missions, rode shotgun in convoys, and then flew all over the country,” he said.

He said he comes to this event each year because he wants students to remember what veterans did for this country.

“I like talking to kids and informing them about Vietnam, and I just enjoy coming in general,” he said. “I feel like it’s an obligation to come, people tend to forget about things. [I would like them] to show more spirit.”. 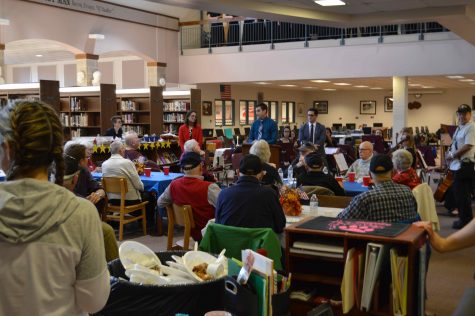 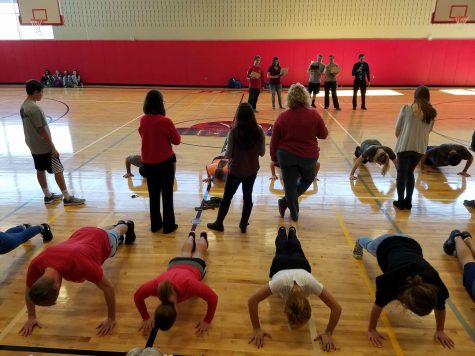