On Trump: A Crippling Blow to America 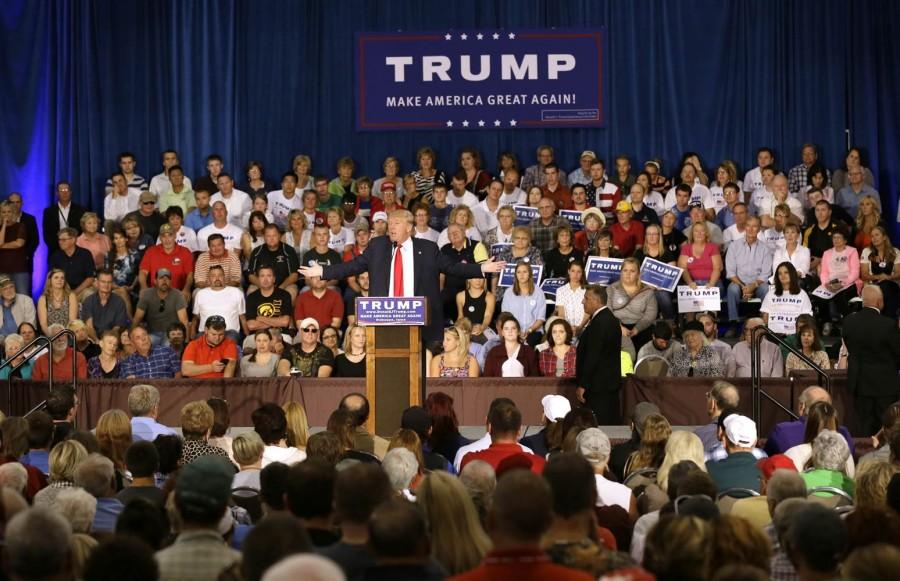 Last Friday a Donald Trump rally in Chicago descended into violence. This isn’t the first occasion it’s gotten physical. Only this time, a lot more protesters showed up and his campaign bravely canceled the rally before it began. Fighting broke out… etc, etc.

The divisiveness provoked by Trump is unsettling but unsurprising. With ideas stemming from emotion, everything is off the cuff and blunt. Trump does not cite facts or evidence. He doesn’t really ‘win’ debates either. He just talks over people.

His fans love it, and fan is the only word to use for a Trump supporter. Short for fanatic, it expresses the frenzied and mob-like nature of his campaign pretty well. Anyone truly concerned with reason and evidence wouldn’t grow in loyalty as ignorance goes wild. They probably wouldn’t resort to physical violence either. At science conferences, people aren’t punched in face for supporting an opposing theory.

Many people, especially those in the mainstream media and political establishment, are horrified. This isn’t what politics is supposed to be like! Yet most Americans have nothing but contempt for politics, and Trump is the ultimate anti-Politician. He’s crude, raw, unfiltered, and unrefined. He reflects the emotional atmosphere of his country perfectly, but so did Hitler.

It’s melodramatic and historically naive to take this comparison too far. Nonetheless, Trump’s success parallels the rise of many authoritarian movements: He exploits the fear of the populace, makes grandiose promises of utopia, and demonizes certain groups of people.

And believe me, Trump is very authoritarian. He’s a warhawk who wants to bomb ISIS, somehow coerce Mexico into building a wall, and ban not just refugees but Muslims, from entering the country. Unlike some Republicans, he thinks Edward Snowden is a traitor, calls for a boycott of Apple, and has no problem with mass incarceration. He encourages violence against protesters and shuts down reporters who ask very simple questions. There is nothing ‘freedom loving’ about him.

However ignorant and facist, the angst of Trump fans, embodied in the slogan ‘Make America Great Again’, has a basis in reality. America has had its’ day in the sun as the foremost superpower, but like England and Rome, it’s empire will fall apart over time and the torch of state terrorism will be passed on to someone else. It already seems to be happening. As for culture, the America of apple pie and baseball games is dying if not dead; in its’ place, is a comfortable yet paradoxically hypersensitive and impersonal world.

This inevitable decline doesn’t negate the damage of a Trump presidency. Our country may invest too much importance in one figure and ignore everything else, but it’s not like the presidency is of no consequence. Would you want someone like Trump to negotiate nuclear weapons with Iran? Or help determine trade deals which will affect millions of people?

It’d be hasty to dismiss the possibility of a Trump presidency too. He has channeled the feelings of the Silent Majority who inhabit the bowels of America. These are the sort of people who are sick of political correctness and the liberal lynch mob that enforces it, the legalized bribery of our elections, and everything else Trump rails against.

The alternatives aren’t much better. The other Republicans hold even more reactionary views on certain issues, like the budget. As for Clinton, she embodies everything wrong with politics. She is corrupt, even criminal, changes her opinions to win votes, and the only idea she seems to believe in with any conviction is the One and oh-so Holy Political Establishment. Bernie Sanders, the benign prophet of the Nordic welfare state, has been heavily marginalized. Only a minor demagogue, it’s difficult to imagine his watered down socialism taking off in our plutocratic, money obsessed country.

Trump is only set apart by his proto-fascism.

But it’s important  not to overreact either. Unlike Hitler or the contemporary European right-wing, Trump has no ideological consistency. He’s broken conservative orthodoxy on a number of issues, like healthcare and trade. He doesn’t regurgitate the same laissez–faire, Milton Friedman mumbo-jumbo like other Republicans. He has a better solution: Himself. By his own admission, he could care less about the academic and intellectual aspects of politics. Trump isn’t interested in ideology. Trump is interested in Trump.

As an egomaniac, Trump is well-suited to run for president despite his reputation as an outsider. American politics are just entertainment: Debates are presented like sporting events, candidates fight for attention, rhetoric and ads manipulate emotions, and the election itself is literally a popularity contest. The whole thing is one big show and Trump is the star.

During an Ohio rally on Saturday, a protester attempted to tackle him. He inquired why would he give up his luxurious life for such hardship? Why wouldn’t he? He’s the perpetual center of attention.

You can appreciate Trump a lot ironically. It’s all so surreal and unintentionally funny.  Of course, his success reflects the worst aspects of American society, and of course, he’d make a disastrous commander in chief. But he won’t be stopped by corporate pro-establishment money, obsessive media coverage of his every bigoted comment, or a thousand liberal memes spread all over social media. Neither will protesting his rallies…these are the sort of things Trump opposes. He embraces the hate, and his fans love him all the more.

If you’re against a Trump presidency, getting into fights won’t help. Don’t verbally berate Trump supporters, cheer when the media labels him racist, or furiously blog away. Just sit back, enjoy the freak show, and vote against him when the situation comes up.