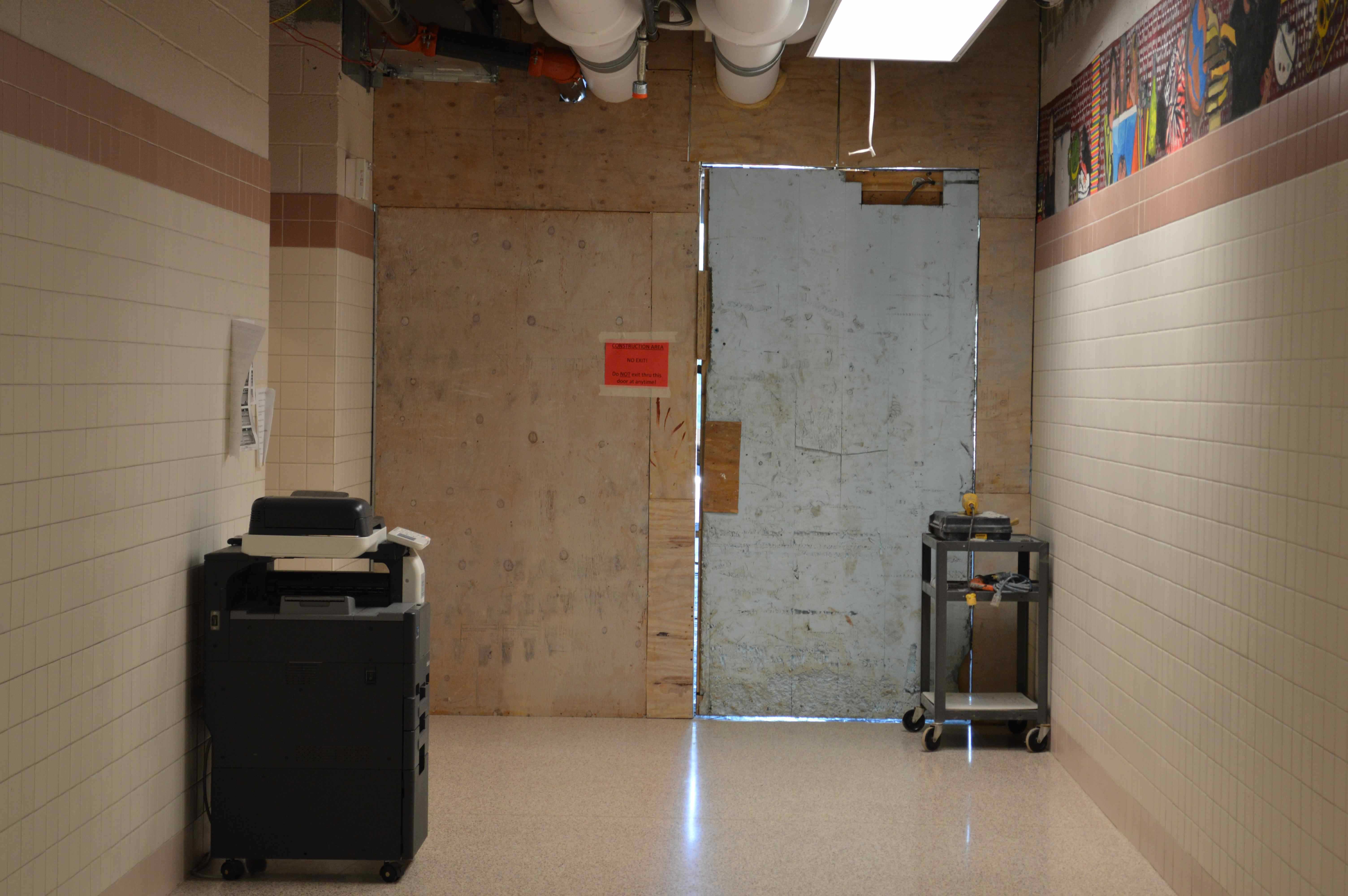 Over the summer, BASH underwent many major changes — including a renovated Annex (“Old Building”), an updated music wing, and even a brand new weight room.

While the school is starting to get a glimpse of finished product, the ongoing construction is still causing disruptions throughout the school.

“The renovations are really making the hallways clog, and it’s really exhausting trying to journey through the masses of people to get to class. I have to rush more than I did last year and all my years at the high school,” Senior Katie Haggert said.

How Long does it Take?

Cub Staff members Harrison and Matt timed themselves walking slightly different routes from the third floor of the building to the CUB room in the 800’s to see how long it would take.Keep in mind there was no traffic. Here are their results.

Without the 500’s and 600’s hallways, which have been blocked off, students are forced to take other, more crowded routes to get to class.

“The congestion because of the lack of the 500’s hallway makes everything take so much longer than necessary,”  Senior Greg Schneider said.

Many kids are consequently late to their classes. It has become common to see kids getting to class almost a minute or more late regularly.

“Most of my classes we have to wait a couple minutes at the beginning because other people are running late. It really cuts down on class time,” Katie said.

Some teachers are also frustrated with the effects of recent construction. Not only were many teachers forced to relocate to other parts of the building, but they also have to deal with other distractions to their teaching.

Economics and Government teacher Mrs. Miller finished moving into her new room a week before school due to its renovation- and still teaches through the smell and frequent sounds of jack hammers and power tools.

“It’s horrible, it’s so loud. It sounds like construction,” Mrs. Miller said, “I can’t even open the windows because of the sound.”

Even though the end of construction is far from over, some seniors like Greg still won’t get to reap the benefits of BASH’s transformation to an active work site.

“As a senior it’s the worst, we have to deal with all the problems that come with the renovations but we aren’t going to be there for the results,” he said.

Even if the construction isn’t quite done yet, here are some pictures of the new additions that were finished for this school year: