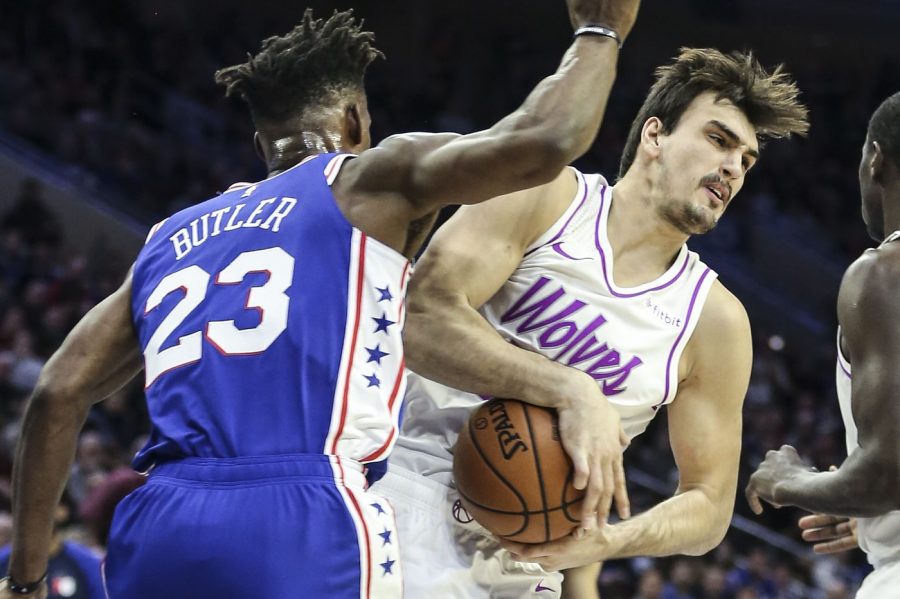 There was a special hype around the Timberwolves and Sixers meeting at Wells Fargo Center on Tuesday night before the players even took the court for shootaround. And for good reason. Former Sixers and members of The Process Robert Covington, Dario Saric, and Jerryd Bayless were making their return to Philadelphia for the first time since the trade that sent the trio to Minnesota for Jimmy Butler. And for Butler, even though he won’t admit it, the game was an opportunity to get revenge on the Wolves. The Sixers made sure he got just that.

The Sixers rose to the occasion with firepower early, as they dropped 40 points in the 1st quarter, you could make the case the game was already over by the 1st buzzer. As if that wasn’t enough, the Sixers turned around and dropped 43 in the 2nd quarter, going into halftime with an astounding 83 points, compared to the Timberwlolves 58.

After putting up 83 in the 1st half, the Sixers tallied 66 more in the 2nd half, scoring 30+ in every quarter, the risk of a 4th quarter implosion was extremely low. Surprisingly, the Sixers’ 4th quarter defense was as solid as we’ve seen it for a long time, only allowing 17 points in the 4th. The Sixers locked all windows and doors to cruise to a commanding 149-107 win.

The Sixers’ shooting was back on fire. It was anticipated, as the Wolves rank last in defending 3-pointers, but nobody saw this coming. The Sixers shot for 48% from 3, and had a 59% FG shooting percentage. The Sixers shot well from the FT line too, at 18/21.

Joel Embiid led the team in scoring yet again, dropping 31 points with 13 rebounds. Ben Simmons flirted with a triple double, coming up 1 assist shy. His final line is 20 points, 11 rebounds, and 9 assists. Jimmy Butler was remarkably patient, albeit still effective in his first game against his former team. He scored 19 points while going 3/4 from 3-point range. Jonah Bolden had an underrated performance, scoring 14 while going 4/5 from 3.

The win was huge in a million ways. Jimmy Butler got brutal revenge on his former team. The lead allowed for the bench to get considerable playing time, and they played well. The Sixers’ confidence, altogether, in defense, and in shooting has to have skyrocketed. And the Sixers will need that confidence as they take on their most brutal schedule yet, as they won’t see a non-playoff team again until February 2nd. Although, to be fair, the stretch includes the Lebron-less Lakers. If Lebron remains out at the time of both games, the stretch becomes slightly easier, but still remains the make or break stretch for the Sixers. Their next game is Thursday vs the Indiana Pacers, who sit 1 spot above the Sixers in the Eastern Conference.