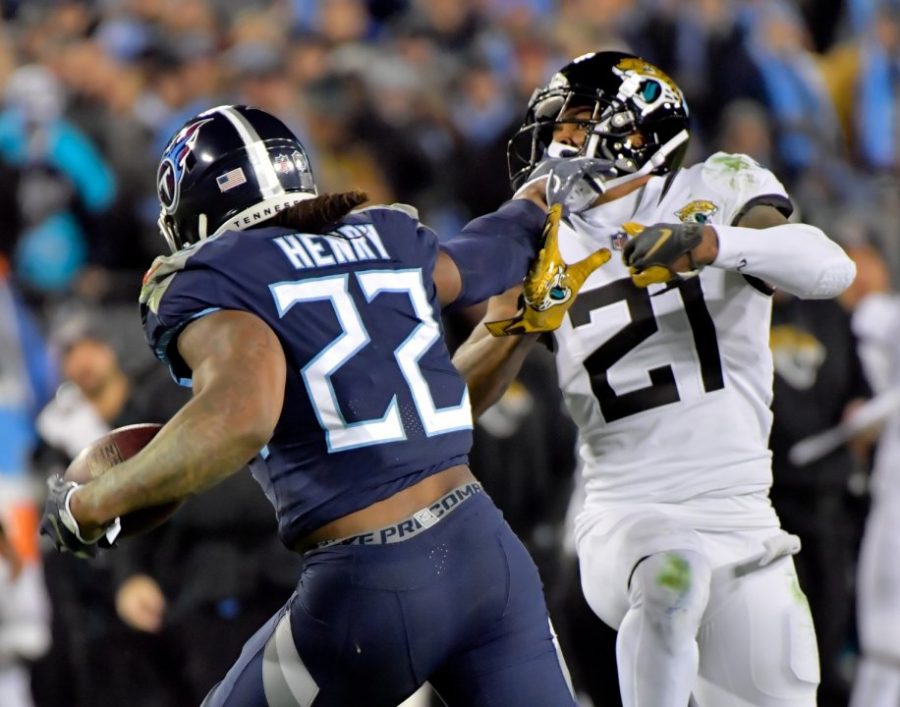 Derrick Henry had a record-setting night in the Tennessee Titans’ 30-9 win over the Jacksonville Jaguars on Thursday night.

Henry set a franchise record with 238 yards rushing and had a career-high four touchdowns, with 99 of those yards coming on an NFL-record-tying touchdown scamper in the second quarter.

For 36 years, Dallas Cowboys Hall of Fame running back Tony Dorsett’s record had stood alone as the longest run in NFL history. That all changed Thursday night at Nissan Stadium when Henry etched his name alongside Dorsett’s in the record book.

Up 7-2 midway through the second quarter, the Titans’ defense stuffed the Jaguars for a goal-line stand. Immediately thereafter, Henry went on his thrilling touchdown run that put clown pants on the Jaguars’ once-vaunted defense and essentially turned the tide heavily in the Titans’ favor.

Henry burst through the left side of the line of scrimmage, gave a soul-crushing stiff arm to A.J. Bouye, then tossed aside Leon Jacobs and finally out-ran Myles Jack en route to the record-tying 99-yard touchdown run.

Henry finished the game with four rushing touchdowns, one shy of the NFL record held by several players. Henry had a chance to get a fifth touchdown when the Titans faced a first-and-goal situation midway through the fourth quarter. Instead, Henry allowed teammate Dion Lewis to get those goal-line carries. The Titans failed to score and turned the ball over on downs. This moment came as the Titans were coasting toward their seventh victory of the season.

Henry’s franchise-record 238 rushing yards broke Chris Johnson’s 228 yards from 2009 in a game that also was against the Jaguars.

Henry had 474 yards rushing and five touchdowns entering Thursday night’s game, which means there might have been a quite a few fantasy football players who left the Henry on their bench.