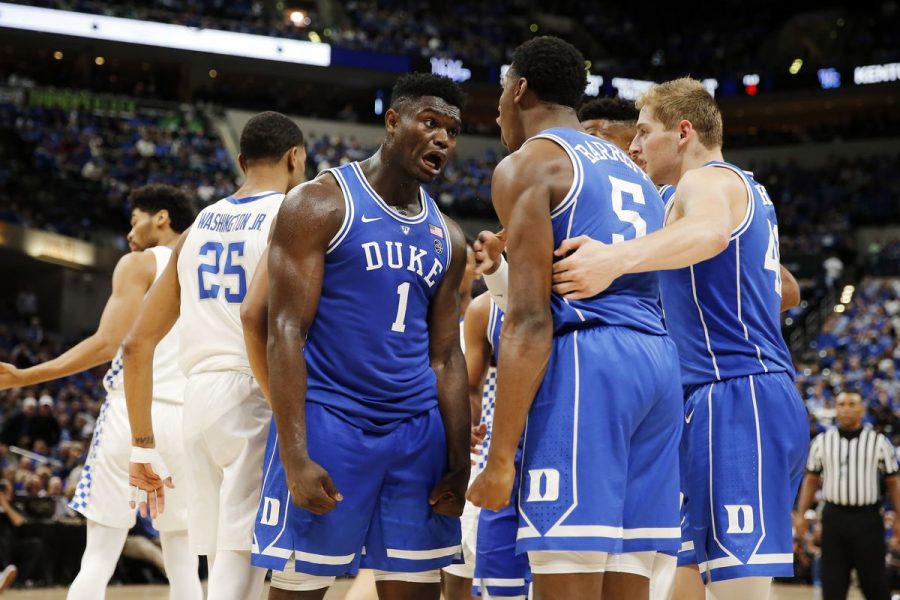 No.4 Duke Demolishes No.2 Kentucky in Champions Classic

The Duke Blue Devils took on the Kentucky Wildcats on Tuesday night in the “Champions Classic”.

Duke took a commanding first half lead as they hung 59 points in a one-sided 118-84 win. Duke studs’ carried the load as R.J. Barrett, Zion Williamson, and Cam Reddish combined for over 70% of the Blue Devils points.

The Blue Devils didn’t step off the gas as they matched their first half score in the second half as well.

As for Kentucky, this was the worst loss they have witnessed since Coach Calipari’s take over in 2009.

“We were simply out-coached, and out-played tonight.” Coach Calipari said. “We have a lot to learn, lots of room to grow as a unit and I am excited for what the future holds.”

Both ranked teams don’t  play ranked match ups until December, and there’s no doubt we see both of these talented teams in March when it comes to the tournament.