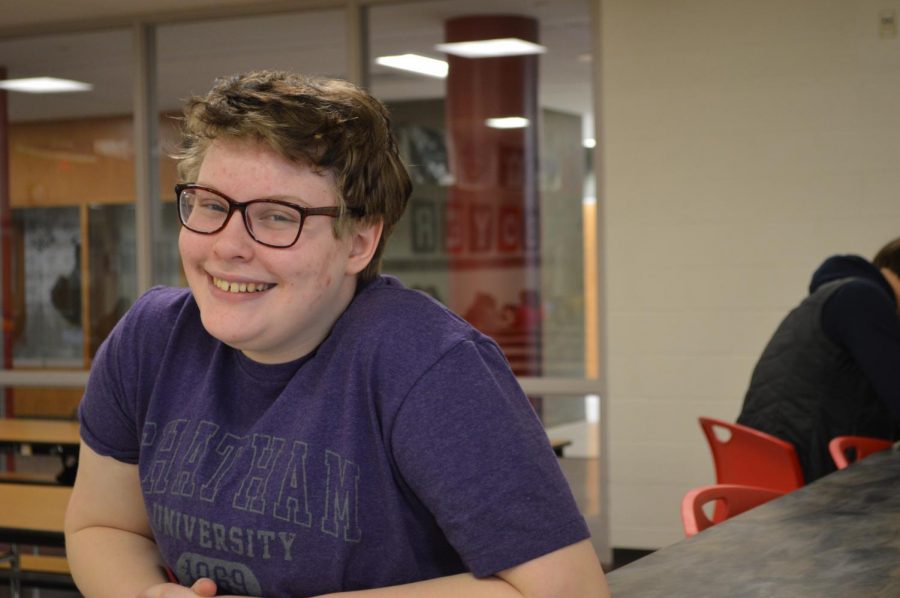 I’m gay and trans*. I’m also Jewish.  [I knew I was transgender] around November, when I discovered I really didn’t like when people used she/her pronouns, and I didn’t like being female at all. Before that, I thought I was genderfluid**. I don’t really like my sort of feminine body and I’m like, “No thanks.”

I have known I was pan*** since 6th grade and I had a crush on this really cute girl who had freckles. I was like, okay, I think this is what’s happening here. I bounced around with a couple of labels, but I decided pan works for me because [I thought] everyone is really hot.

I’m writing a play right now and it excites me. My play is about the 1920s Vermont and gays — because I like the 1920s because it has cool jazz music, and I like gays because I am one of them and I don’t see a lot of representation in media, especially historical media. I’m gay Shakespeare, basically. I’m hoping the BASH PAC will perform it.

*Transgender means the person identifies as a different gender than what they were labeled at birth.

***Pansexual means the person is attracted to many or all genders.