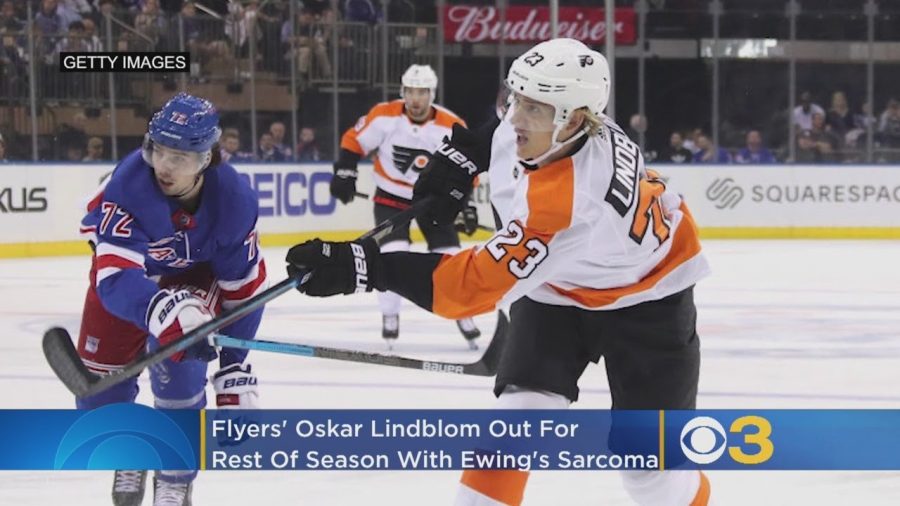 The Flyers announced that Oskar Lindblom was diagnosed with a rare form of cancer, Ewing's Sarcoma, on December 13th.