Is creative writing an underappreciated art? 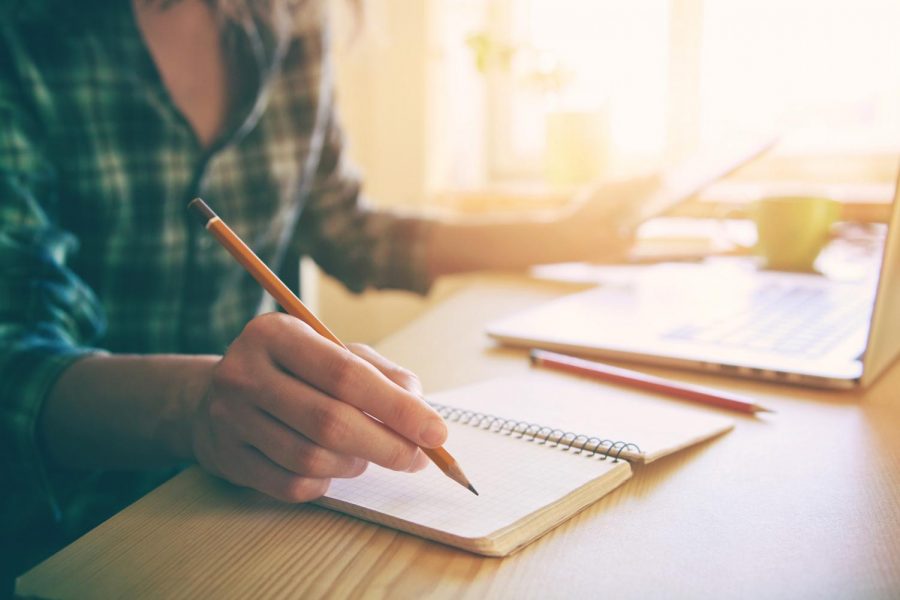 Could further focus on creative writing help students with their English work?

Creative writing is an underappreciated and often underutilized skill that hones the abilities of students to release their imagination through a wondrous structure, and yet it is hardly seen in the academic world, with Boyertown only having a single club related to it — the Accent, the publishers of the creative writing magazine which is released at every Arts Expo, of which yours truly is the Editor.

So clearly I have a bias for creative writing and expression, but can it be said that this invalidates my opinions regarding how it has strengthened me as a person? I think not.

Casual interviews with other students reveal that not many ever were required to dabble in creative writing or fiction, and that fiction was mostly read — not written, conjured, or produced. My own elementary courses, particularly in the fifth grade, had a heavy focus on students focusing their imagination with the pen and paper, often with prompts to elicit a constructive creative process.

As a child, I might’ve been particularly prone to fantasies and story-writing, what with a fancy for science fiction, magic, comic books, and horror movies — but few children aren’t. It is rather easy to extract raw creativity from a child and often, they can solve problems in cleverer ways than their teenage or adult counterparts, as made clear by how kindergartners always win the marshmallow challenge, where the goal is to create the tallest tower using marshmallows.

Children are naturally affluent in vision and innovation, though lack the fine skill that is earned with age and mastery of the art of writing. But my own journey beginning in fifth grade writing short stories inspired by The BFG or The Hunger Games would lead to my attachment to the pen, and lead me to seeking writing as an expression of my imagination, my ideals, and my motivations.

Quite frankly, it is through my experience that I believe other students deserve the opportunities that creative writing grants — it is too often that students groan when poems must be read in English class. Many students find it a chore to find depth in prose or literature, and it is because they have never been attached to it — an easy way to create this bond between student and literature is through binding them to writing and granting them awareness that anyone can write.

Creative writing is an outlet which allows complex ideas, feelings, and interpretations to be felt through text, and should be nurtured throughout by the school system.

It is with this I express a modest proposal, and that with the surfacing of new electives such as Mr. Bleiler’s military tactics class being taught for the first time, that the future generations of BASH be allowed more English electives, such as Shakespearean English, mythology courses, British literature, and especially, a creative writing course. Not everyone can expend their FLEX to join the Accent and contribute their creative writing to them, and thus a new elective may just inspire the gears to start turning in every writer-to-be’s brain in Boyertown.

Creative writing is precious art which every individual has potential for and the attainment of such a skill will other benefit the cognitive processes of every student.