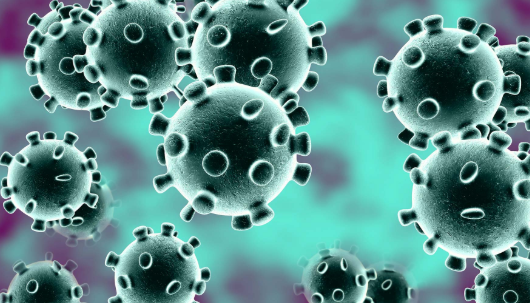 An international outbreak of the infectious respiratory disease, the Coronavirus, is the cause of much fright and caution worldwide. This is due to the amount of deaths that are attributed to it and its rapid spreading to various countries.

You may be asking how this plague came about. The virus is believed to have emerged from illegally traded wildlife at a seafood market in the city of Wuhan, China. Although, bats have also been named a possible source of the virus in question after recent research from China. Scientists are not yet certain exactly how the outbreak began, and are continuing the investigation to discover its exact origins.

What experts know for certain, is that the disease stems from different animals and is typically not transmissible to humans. But, occasionally, the Coronavirus mutates and can pass from animals to humans, and then from human to human. This was the same case with the SARS epidemic. SARS stands for “severe acute respiratory syndrome.” China’s National Health Commission confirmed that 15 health care workers have become infected, indicating that the virus can spread from human to human. Human coronaviruses spread just like the flu or a cold—through the air by coughing or sneezing, or through close personal contact; touching or shaking hands, like touching an object or surface with the viruses on it, and occasionally, through fecal contamination.

Recently, more and more cases have been popping up in America. Most of these are in West Coast states; mainly California and Washington. Early American victims are said to have had recently visited China and most likely returned carrying the virus without knowing, then passed it on to those close to them. Each day we hear about more potential cases of people showing possible symptoms of the virus. These potential cases are now also appearing in East coast states like New Hampshire and Massachusetts.

Under these potentially dangerous and frightening circumstances, how are students here at BASH feeling about this news?

Some students are rather oblivious to the virus and its dangers like Boyertown senior, Jake Smith. When asked about his thoughts on the recent outbreak, the senior replied with “Is that like what you get if you drink too much beer?”

On the other hand, students who are familiar with the news are quite concerned,”From what I’ve read about it, it sounds like it could like wipe us all out eventually. Scary stuff,” says BASH junior, Annie Presti.

Fellow student, Kylie Rhoads, had her own opinions about what was to come. When asked if she was frightened by the spreading virus, Rhoads was quick to reply with, “No, I’m not. We don’t have a huge sea market like China does, so it won’t spread as fast and we’ll have time to figure out a solution.”

The senior rationalizes that China’s markets are more open which makes it easier for bacteria to get in and spread quickly. She believes that experts will be able to figure out a solution before it’s too late. We can only hope she is correct about her predictions.

The Coronavirus has killed more than 427 people, mainly in China, and sickened over 20,000 people worldwide. The outbreak continues. Should we, the residents of the Boyertown area, be more conscious and concerned about the epidemic?