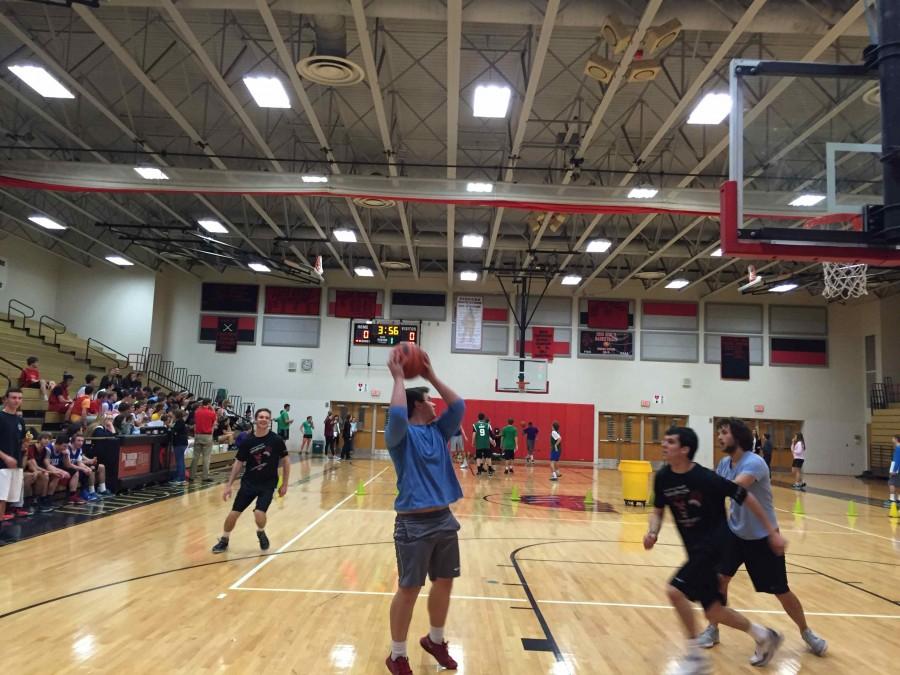 Organized to raise money for the class of 2017, over 30 teams participated in a 3 v. 3 basketball tournament on March 3rd at BASH.

Team captain and Math Teacher Mr. Ryan Lubas led the Mathletes into the finals where they beat “The Phillies” in order to claim their prize that will soon be paraded around.

“It was a challenge, but I’m glad we won,” Mr. Lubas said. “I hope they do it again next year because so many people showed up.”

There were many teams and they ranged in talent. A member of the “Chess Team” literally and figuratively, Cole Keenan, said “I took a few shots that were more challenging than I realized and because of that we lost a  few games we shouldn’t of.”

Regardless of one person’s mistakes, the other teammates had to be there to back them up.

This event was put together by the class officers of 2017. One of the event organizers was Harrison Otto.

“It was fun to plan”, he said, ”But it was still difficult. we were planning another fundraiser at the same time and we had to divide up the time.”