Snow leaves students out in the cold, raises questions about makeup days 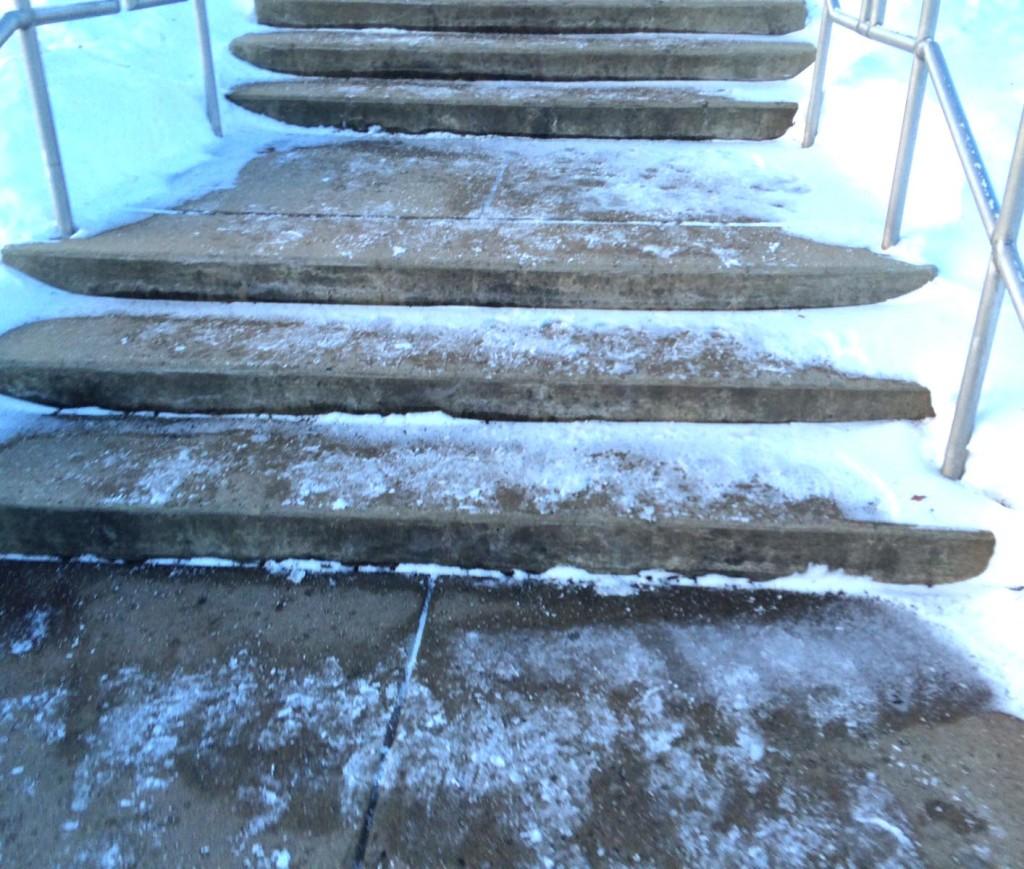 The harsh winter, which has prompted record low temperatures and a high number of snow days, has students asking a lot of questions.

Mainly, why can’t doors closer to the parking lot be open to let students in in the morning? Also, when is the school going to make up the six snow days BASH has had so far?

Since the Sandy Hook shooting last year, security has taken extra measures at the Senior High by locking all the doors except the East Entrance, Art Lobby, and Spirit Lobby doors each morning. All the student parking is on the other side of the building, so students have to walk around the school to get inside.

Senior Coby Sartin said, “I feel like I’m getting frostbite every time I walk into school.”

Some students are walking farther to get to school from their parking spot each morning than other students walk from their house to the school.

Many have asked why the Auditorium Entrance and the backdoor to the gym cannot be open. “It would be okay if they just opened the Sports’ door,” explained Senior, Tori Ketcham.

Dr. Cooper, principal of BASH, explained that the administration has considered opening doors closer to the student parking lots, but ultimately decided not to go forward with this idea.

The reasoning was a lack of resources and a concern that student safety was more important than their comfort. “We have to consider the safety of our students,” he said.

As for the makeup snow days, so far the following changes are in place:

-April 17 is now a half day for students and staff.

However, this was before Monday and Wednesday’s snow days, which brings the total to six. There is no official word yet about when the additional days will be made up.